← Hungry Monster Book Awards: September 2016
The Mind and Heart of a People-Watcher → 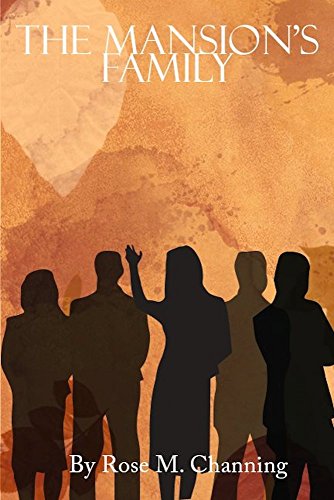 The Mansion’s Family is the second book by Rose Channing in the Crossworld’s series. While the first book focuses on Ellie and Savannah Senka and how they reset the magical worlds balance, The Mansion’s Family goes deeper into the character’s history and family. The book also devotes a large portion to the Eva’s story. Channing brings the twins back to other world where magic is not known or very strong. It is in this world the girls discover Travis, their father. They find they have a half sister and brother that inherited some of their father’s magical powers as well. The book also brings back Jerome and his escape from imprisonment. This brings out war in their magical world and many hard choices are made by all.

The beginning of the book opens with the start of the Fall Celebration. Everyone is rejoicing in the rebalancing of the magic and you see relationships forming between the main characters. From this point the book jumps between two plot lines; the Senka twin’s quests to find additional magical people that were trapped in the other worlds after the great storm that don’t know magic has been restored, and the story of Jerome and his escape. The twins journey into the other world through the shadow cave brings them more than they could have dreamed, they found magic and their blood family. After some trepidation from Travis he agrees to return with the twins and his new family to the Mansion for a visit. They grow as a family and twins start to really feel like they know their heritage.

While the twins are building their world back up at the Mansion out in the woods Jerome has used the magic he still had to continue to control his people and to seduce Dece. Dece hid her power of being a builder, or so she thought, but Jerome sensed it and manipulated her. He lied and tricked her into freeing him from the trap June’s army placed him in. Once free he continued to use Dece to further his plans to take back over the world. While planning he was also hoping to get his daughter Eva back from June’s mansion. Eva meanwhile was plotting how she would kill Jerome one day and break herself away from the evil he stood for and carried with him.

When the time comes to go to war, Ellie and Savannah must face some difficult choices, they will be tested more than ever before, it isn’t a matter of if their powers are strong enough to do what must be done, but if their hearts can take it. The war is devastating on many levels, everyone loses someone they love in the battles, not all the main characters will make it through this war. Eva will forever be changed by the things she endures and see.

The Mansion’s Family has complex topics that blur the lines of right and wrong. What is good and right is not always what needs to be done, what feels wrong is what sometimes needs to be done to save the greater good. This book is the changing point for many of the residents in the Mansion, they are no longer children with the carefree ability to learn their magic and grow without fear of the what if’s. Now they have all experienced the good and bad and have a greater understanding of the balance that must be achieved, and that the two are not mutually exclusive of each other.

← Hungry Monster Book Awards: September 2016
The Mind and Heart of a People-Watcher →