Telling Him to Return Home

Days Gone By follows Caleb as he struggles with agoraphobia and the loss of his nephew in a car accident. What made you want to write a story about this topic? Anything pulled from your life experiences?

There are a few things that are taken from my past. At the time of my writing Days Gone By my nephew was five years old. He is now seven and a joy to be around. No tragic car accident; however, I wanted to write a heartfelt, emotional, character-driven story and if I had to go through what Caleb did, I don’t know how I would deal with it, but hiding seemed like a safe choice; and that’s exactly what Caleb is doing.

Many of Caleb’s visitors are based on real people in my life. His grandfather, for one, is based on my Mother’s father who did live in The Azores, Portugal. His story he shared about a possible angel telling him to return home due to a dangerous road ahead was true. Since he also lived so far away I did not see him that much and do wish I had more memories with him.

Caleb’s Irish great, great, great grandmother is also mine from my father’s side who also emigrated to the U.S. from Cork, Ireland. Miss. Di Coco was my second grade teacher and Jessica was my real life childhood friend.

To date all my books are adaptations from my screenplays. So they all share this style of writing. I also marketed it to a local theater to be a play, but my character list ended up being too long. The stories I’ve written before my scripts and now after will follow more traditional book layouts.

Caleb’s has physical and psychological difficulties, but the spiritual burden of guilt for being the cause of his nephew’s death is overwhelming. What were the driving ideals behind the characters development throughout the story?

I knew Caleb’s journey was going to be a hard one. Feeling sadness because of a tragic event is one thing, but Caleb is terrified of it. He’s afraid to feel that deep sorrow and face that reality. This fear became an illness that spread to all aspects of his life. He put up a wall to protect himself and now everything outside of his home and daily routine is scary.

What is the next book that you are working on and when will it be available?​

My next book will be written as a regular novel and takes place in 1885, but further advanced than in our own history. I think I’m on page five. 🙂 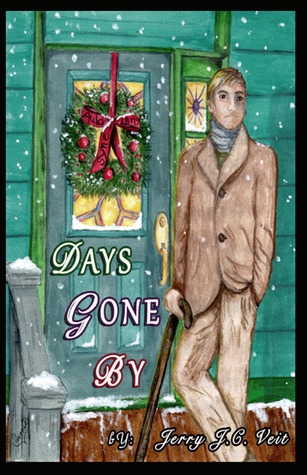 Three days after Christmas an auto accident left Caleb partially disabled and took the life of his five year old nephew. Now on the anniversary, four years later, Caleb is afraid to leave his house; even to attend his brother’s upcoming wedding.

Soon past friends and deceased relatives mysteriously begin showing up in his home to deliver their messages and help him through his phobia by showing him glimpses of his past, present and possible future.