← The Resulting Blood Shed
Telling Him to Return Home → 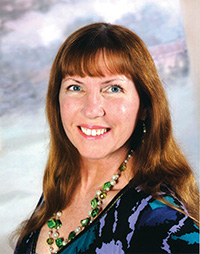 Underlord of the Netherworld once again brilliantly melds age old wisdom and youthful spirit into a daring tale of life after Peter Pan. What was the initial idea behind this story and how did that transform as you were writing the novel?

In Legends of the Pan 1 (Essence of Neverland):
I wanted to create something multicultural that would help empower children and young adults around the world. This evolved into explaining life balance and human nature; how forgiveness allows personal growth; and how each one of us has the power to create an immense and lasting change in the lives of others.

In Legends of the Pan 2 (Underlord of the Netherworld):
Tolerance of others different from oneself permits the exploration of different points of view within the fascinating scope of human experience. Appearances can be deceiving, and people can change. Friends can become enemies, and enemies can become friends. Most people have the need to improve themselves and their environment, but it depends on one’s values as to what the outcome will be. Impermanence can be our greatest ally if we focus on the goodness within.

The invasion of Malomen, a swarthy society of bloodlusting sea creatures, has brought with it the tides of war. What was your inspiration for these creatures?

I love the sea, aquariums, and scuba diving. I spend hours next to a large aquarium while I write. Many times I stop and marvel at the marine life. While writing this book, I paused to observe the beautiful designs on the skin of a large plecostomus. It made me think about mudskippers that have adapted to land and sea, and then a race of Malomen was born in my mind.

Underlord of the Netherworld earnestly explores the powers of communication, compassion, and community. What morals did you try to capture while developing your characters?

In Legends of the Pan 1 (Essence of Neverland):
I chose four children to be gifted the power of the Pan. The fairies selected them because they each had a special inherent nature. Kuthanda is endowed with love, Dobráta with compassion, Khwam Glaohán with courage, and Rakaná with creativity, which is the literal meaning of each child’s name in their native tongue. Each child was from a different country, raised in a different belief system, and suffered the loss of loved ones due to a different tragedy. These children found happiness because they chose to move on with their lives, keep an open mind, and lose themselves in the service of others instead of wallowing in self-pity.

It is with our thoughts and volition that we create our personal worlds. It is up to each individual to decide which path will be taken. Even if one discovers the chosen path was a mistake, he or she can change direction at any moment, learn from the mistake, and continue to grow, which is what Captain Hook, Chief Najoshi, and Chief Adagash managed to do.

In Legends of the Pan 2 (Underlord of the Netherworld):
Tolerance of others different from oneself permits the exploration of different points of views within the fascinating scope of human experiences. Appearances can be deceiving, and people can change. Friends can become enemies, and enemies can become friends.

Reichi’s innocence gave him the compassion required to save all of the islanders above and below the sea. He could not be swayed to commit an evil act or cause harm since he had never been tainted by the negative affairs of men.

After many years Najoshi had learned to forgive past trespasses, and have compassion for all living beings, tempered with wisdom. He had decided to remain steadfast in his beliefs, even in the most dire circumstances. The chief, his queen, and their children understand the connectivity of all things, the great power found in unity, and that education is the path, which leads away from ignorance and primal instincts.

Will there be a book three in your Peter Pan series? If so, where will it take readers?

Yes, I’ve started writing Legends of the Pan 3. It begins ten years after where we left off in book two. The Merpeople, Malomen, and humans have thrived through cooperation and education. However, several things from their past, which originated in book one and two, are about to come to light to haunt them.

Peter is gone, causing the decline of Neverland and a struggle for power. This once abundant world of dreams come true, soon converts into a place of violence and evil without the positive influence of the Pan. Many have gone missing and none can escape its shores. Neither pirates, nor Indians, or Merpeople and fairies have the magic it takes to defeat the demonic darkness that threatens the very existence of every man, woman, and child living on the island. Can anything save them from this pending doom before it is too late? What can prevent Neverland from becoming void of any hope as it turns into a barren wasteland eventually consumed by the sands of time? Perhaps the answer lies within the essence of this mystical isle, inspiring the hope and motivating the action needed to save them all.

← The Resulting Blood Shed
Telling Him to Return Home →