← The Answer Was Doombringer
Bizarre Coincidences → 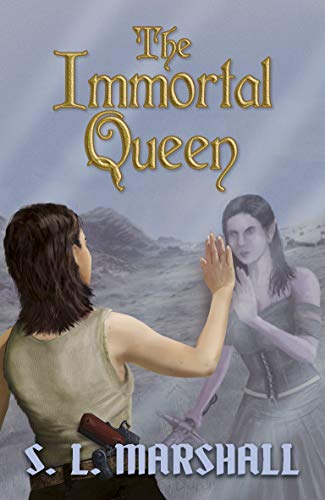 The Immortal Queen follows first, the life of Endya, an elven warrior with demon magic. Although plagued with prejudices, Endya finds her soulmate and becomes a leader that the kingdom of Sundregham never wanted. Elizabeth, on the other hand, grew up on Earth with a normal life. Her own nightmares reveal to her that life on earth is about to be thrust into chaos. Both women are needed as dark forces seek to end all of existence. Worlds collide and every kind of magic imaginable is released on Earth as war begins. Even the gods themselves are on the edge of their seats as the final encounter arises.

The Immortal Queen has the potential to be a best selling fantasy novel. Complete with magic and guns, queens and intrigue, even gods and demons. This book combines lore from several fantasy sub-genres and mashes them into one, making this a highly ambitious epic fantasy novel. However, at times I felt that there was too much going on in this story and felt like some things were not explained completely. While the magic in itself isn’t always meant to be understood, I would have liked to have a better understanding of how things worked because what is presented is intriguing.

As the story jumps from scene to scene with little background information, I spent my time trying to figure out where and when a scene took place. This is exacerbated by the fact that halfway through the story all the main characters names were changed.

The Immortal Queen has huge potential to be on par with other high fantasy novels, which is a genre I enjoy. I love it when worlds collide and there are seemingly infinite types of magic. Near the end of the book, dragon riders were even introduced and I almost squealed in delight. There is a constant stream of action throughout the story that kept me interested and was one of the main factors in getting me flipping pages.

← The Answer Was Doombringer
Bizarre Coincidences →