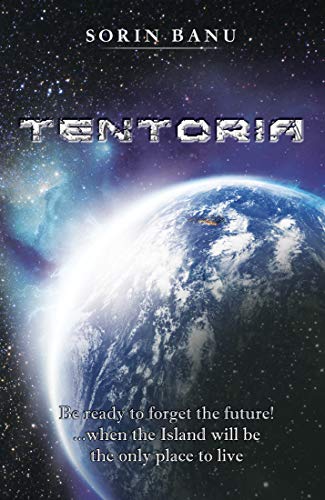 In Sorin Banu’s epic dystopian science fiction novel, man creates a group of human-like cyborgs called Tentorians to end a new world war in the 22nd century. From that point onwards, the Tentorians grow and morph into power-hungry killing machines. They pose a threat to all around them and end up being forcefully ejected from their first settlement by an alliance of nations of the earth. These Tentorians then proceed to create a sovereign state called Tentoria. Here, a new leader envisions a future marked by peaceful coexistence between Tentorians and the rest of mankind. But some powerful Tentorians would have none of that. These rebels set their sights on forcefully taking over the otherworldly Island as their new home. In a series of revealing and riveting events, Cole, a 27-year old Islander, a surprising ally and the Island’s authorities try to protect this unique piece of land. But how will this end? Will the soulless cyborgs seize the last place on earth where people could truly live as humans?

Sorin Banu pings us between the 21st and the 25th centuries as he tells a story of a fallen world. He  artfully illustrates what the earth might look like in the 25th century based on man’s hunger to continually tinker with technology. Banu’s fictional future is marked by stunning advancements in the development of artificial intelligence. But he doesn’t just create futuristic innovations many already envision; he shows us where such breakthroughs could lead humanity.

In this book, Banu suggests that man’s technological creations could come back to haunt him. According to Banu we could end up creating real-life terminators that would later turn on us. But the problem could even run deeper. We could lose our essence as humans.

To drive home his point, he uses an intriguing story line to highlight the things that make us human and how technology could take them away from us. And this wouldn’t be because we created cyborgs to fight our wars. It would be because we’d become overly attached to technology. As we seek greater control and improved solutions, nature’s imprints on our lives will slowly fade away.

The book’s central theme was just one of the many things that thrilled me. Amongst those other things was how Banu weaved the story. I could easily follow the plot even though the author was going back and forth in time. He was also smart enough to insert gaps that kept me guessing and coming up with plausible theories. Also, the characters were relatable, and I could share their emotions.

The book engages your mind, challenges you to reassess some values and appreciate both the limitations and privileges of being human.