They Just Can’t Fit into the Orthodox World 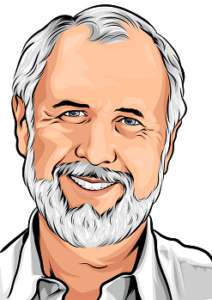 Judenrein follows a man with a checkered past who must stop a world changing conspiracy. What was the inspiration for setup to this dystopian thriller?

I got the idea for this book when I started to see white supremacists become more vocal and visible in American politics, and face remarkably little official pushback – at least from the current president. These groups make no secret of their goal of driving the Jews (and a lot of other non-white groups) either out of the country, into slavery or death. I became intrigued with the possibility of a secret white supremacist group seizing power behind the scenes. This would be the ultimate “suits not boots” strategy for them, as they might call it.

Zack is an intriguing and well developed character. What were some ideas that guided his character development?

I have been involved in helping recovering drug addicts throughout the last 20 years. It’s not my job, but the work has come into my life. Through this experience, I’ve seen the potential for greatness that often hides inside the addict, waiting to come out. I have also felt that a great injustice has been visited on a generation of young Americans who were recruited to serve the US, but lost to forever wars and forgotten when they returned to civilian life. I wanted to bring this experience to life in the character. As an observant Jew, I’ve also seen a lot of young people get kicked out of orthodox life for various infractions and attitude problems. I wanted the character to represent the ambivalence I see in many of these young people. They believe in God and Torah. They love being Jewish. They just can’t fit into the orthodox world. That’s Zack.

The idea of white supremacists taking over the country and setting up 21st century ghettos was striking. What were some themes you felt were important to focus on in this book?

I wanted to focus on the slippery slope to neo Nazism in the US, and the shocking thing has been to see so many predictions made int eh book come true even in the last few months – with armed men, carrying swastika flags, threatening elected officials with death in protest of COVID lockdowns – only to be called “good people” by the president. This is much closer to us than we realize.

I am working on a non-fiction book about cybersecurity, which I have written under a different name. I am also going to publish an earlier book, that never came out, that deals with some similar themes of inequality and injustice in the US, but told in the form of a thriller. 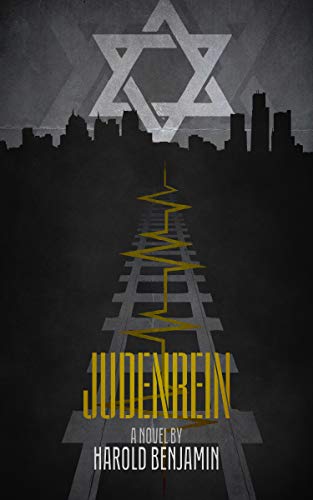 Zack Gurevitz has had a checkered past. A Yeshiva boy, turned Green Beret, turned junkie, excommunicated by his one-time faith and now the potential savior of people he doesn’t even like.

As a white supremacist movement stealthily takes the reins of power in America, it is again the Jews who are made out as scapegoats. Stripped of wealth and citizenship, they are made to live in 21st century ghettos that hark back to a sinister and murky past that many had thought would never return.

But things are about to get much worse. With the revealing of a planned terror attack that will place the blame firmly at Jewish feet and condemn millions to death, Zack is contacted by Jewish leaders in Detroit, begging for his help.

Reluctantly he agrees and before long he is mired in a conspiracy that will have far reaching consequences for his country, the Jewish population and even his own sanity.

As the clock ticks down, can Zack find a way to avert a looming disaster? Who is behind the conspiracy? And can he really trust anyone?