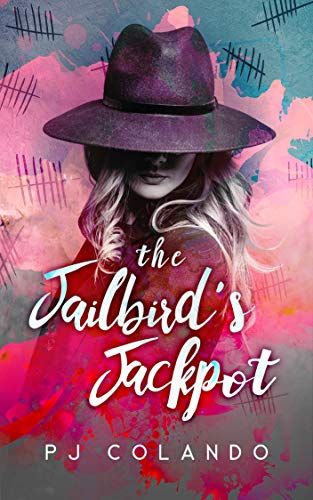 The Jailbird’s Jackpot by PJ Colando is a fascinating story of parolee Amy Breeden who just won a lottery mega-million jackpot hours after being released from prison. She is not thinking of investing the money even after being advised by her parole officer. She is focused on Travis and getting revenge after being setup and having spent time in jail.

PJ Colando has written a fun and compelling revenge novel with the right balance of satire and suspense. Amy’s character, while far from perfect, is one that I instantly liked and was someone that I could root for, even in her pursuit of revenge. The plot of the story was consistently compelling and thoroughly entertaining. When Amy wins the lotto you find yourself frustrated because the character does not do what others would do, invest the money. But this is what keeps the reader invested and wanting to find out what happens next.

PJ Colando’s writing style is invigorating and refreshing. I love the author’s fresh ideas and unconventional characters that always broke stereotypes. The setting in the book was described in great detail which made the world itself into a character. The Jailbird’s Jackpot is a unique crime fiction story with a crazy revenge plot that ultimately leads to some thought-provoking themes of personal redemption. I keep coming back to one word when I want to describe this book; fun. This was a lively story with an amusing plot that I heartily recommend to anyone that is looking for a story with a bit of mischief and a lot of drama.