← A Rose From The Executioner
Our Inherent Truths → 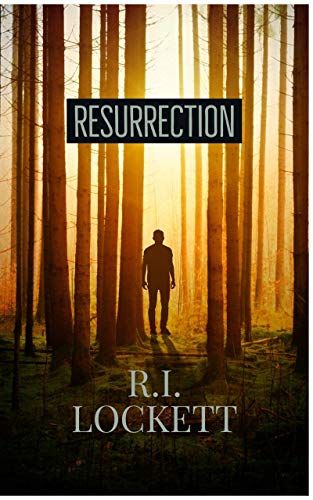 Resurrection by Rob Lockett is a twisted tale that I could not put down! We step into the disturbed mind of Adam and listen to his menacing thoughts. Although, these thoughts may not be from Adam but from an ancient demon. Adam refers to this demon inside his head as The Dark Passenger. One day Adam is severely beaten by a gang of angry pub-goers and ends up in a coma. While in his coma, Adam allows The Dark Passenger to take over his body, and chaos ensues. The Dark Passenger has big plans for the world ahead of him.

Rob Lockett’s book Resurrection was one of the most captivating novels I have read this month! Lockett is a master of narration and truly brings to life his characters. Being inside Adam’s mind for the first several chapters was disturbing and intriguing! You could truly gain a sense of the type of person Adam was by his inner monologues. The Dark Passenger drove me insane in good and bad ways. His evilness was like nothing I had ever read before! I enjoyed the ancient aspect of this character and how he mimics the symptoms of severe schizophrenia. In a way, this character could represent the deepest and darkest parts of one’s mind. I feel he was also a representation of depression and how it tries to take over. Of course, besides the cults and killing aspects. The creature, without shame, admits that he preys on the weak of mind.

The plot itself was great, but I felt that the execution and pacing could have been improved because I felt that there were a lot of chapters leading up to The Dark Passenger’s eventual takeover; which in my opinion was one of the best parts and I wanted to get there sooner. But overall, I still enjoyed the storytelling, and when Dark Passenger was narrating! I felt that adverbs and adjectives were overused at times but still added a certain nuance to the story. The pop culture references were appreciated; it made me feel like I could relate to Adam’s character. Resurrection is a riveting dark fantasy novel that will appeal to fans of horror and psychological thrillers.

← A Rose From The Executioner
Our Inherent Truths →