← Her Tale Was Told In Whispers
Walter Strychowskyj Author Interview → 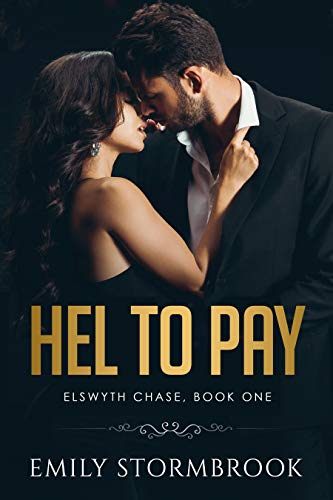 Hel to Pay is a paranormal erotica novel that is unlike any story that I had read before. This is a supernatural romance story that deals with werewolves and tackles the structure of packs and alpha’s. Right from the beginning the novel creates a dark and violent atmosphere the permeates the entire novel. Marrok has to witness his parents’ murder and vows from that day on to never allow someone to hurt him emotionally by never falling in love. At just fourteen years old Marrok is portrayed as mature as he attempts to free his sister from a dangerous alpha named Woodroe by becoming will bound to him and serving him. As a reader we can’t help but empathize with him. When we meet Helena, we begin to see similarities between her and Marrok and can guess what will ensue between the two. As her parents became caught up in drugs, Helena had to work several jobs as a child and it continued on to her adulthood. She took on the burden of her parent’s debt. Much like Marrok, one could easily tell that Hel was mature and strong given everything she had endured because of her parents. As our main character, I definitely grew to love and admire Hel. The relationship that grew between Marrok and Hel was powerful and sexy, despite Marrok’s overprotective nature and hesitation at first.

If you’re looking for something that is more advanced than your average romance book, I definitely recommend picking up this riveting novel. The paranormal aspect heightens the drama of this romance story. From the beginning to the end of the book the narrative is full of tragedy, intrigue, romance and action that ensure there is never a dull moment in the story. If you’re also into romances that include erotic scenes, this is perfect for that as well. The writing is straightforward and allows you to easily get wrapped up in the steaminess of the intimacy–not to mention that you also get easily wrapped up into the drama between Marrok and his troubling relationship with Woodroe. Hel to Pay is a compelling supernatural erotica that is consistently entertaining.

← Her Tale Was Told In Whispers
Walter Strychowskyj Author Interview →