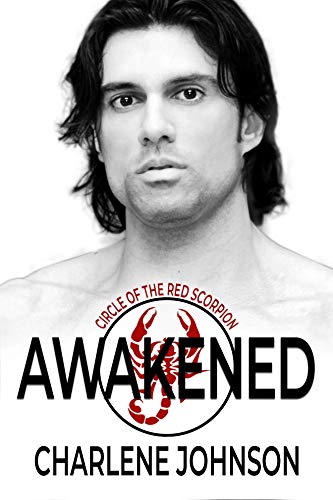 Awakened (Circle of the Red Scorpion Book Five) by Charlene Johnson is a paranormal romance about a half-vampire half-human warrior who has spent hundreds of years battling an evil vampire bent on torturing and imprisoning humans. Twice throughout the centuries Dominic Rinaldi believed Nicodemus Bartolome was dead, but now he has shown up again, when he attacks a human woman named Chantelle Mallory in San Francisco. But there is something different about Chantelle. As Dominic’s feelings for her grow, will she be able to accept learning the truth about what he is? And will Dominic be able to protect Chantelle from the evil stalking her?

I liked the variety of paranormal beings in this book, and how they worked together to stop magical creatures who harmed humans. I enjoyed reading the sections of the story that focused on the search for the voodoo priestess’s descendants and the romance developing between Dominic and Chantelle. Dominic’s sister, Carmella, was not a likable character when she was first introduced in the story, and I thought the author did a really good job of redeeming her in the end. Some of my favorite characters were the other members of the Circle of the Red Scorpion. I enjoyed the interactions between the team, especially Moses Thorne and Nick Savage, and I liked learning about their different paranormal abilities.

While I enjoyed this story for its emotional connection between characters, I felt that there was an abundance of backstory about various characters at the beginning of the book, along with some flashbacks throughout the story, that slowed the momentum of the book.

With that aside, author Charlene Johnson still tells a dramatic vampire romance story in this riveting fifth entry in her paranormal Circle of the Red Scorpion series. Awakened is a rousing supernatural love story with spellbinding lead characters and a story that will have readers hooked.