← The Concrete Vineyard
An Interesting Contrast → 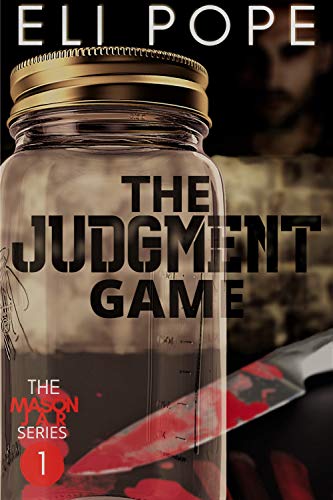 The Judgement Game by Eli Pope can be described in one word, captivating. In the first installment of this enthralling series, we meet young Billy Jay Cader (Jay). All he has ever known is abuse and torment. His dad is a vile man who uses a mason jar with wood tiles that list evil punishments. Jay’s father shakes the mason jar like a magic eight ball, and whichever tile falls into his hands will determine the punishment Jay or his sibling receives. We watch as Jay breaks free from his dad, but can he break free from this vicious cycle?

Pope has a talent for making his readers feel every emotion possible, but particularly the sadder ones. His detailed descriptions of essential plot points are absolutely incredible. They are well thought out, and he does not skip over even the smallest of details. Pope ensures that readers leave major plot points with all the answers they need.

Pope also did an amazing job handling sensitive topics. I felt that despite the vivid detail he did his best to show respect to those who have endured these awful circumstances. With that being said, a trigger warning is needed for this novel. The abuse scenes arouse some of the deepest and most upsetting thoughts and emotions.

In addition to Pope’s attention to detail, I appreciated his authentic characters and intriguing set of supporting characters. It can be easy for authors to skip over side characters and only view them as background fillers. You can see that Pope understood the crucial role these characters played to help produce an incredible story.

Overall, The Judgement Games is a riveting psychological thriller that is a gripping start to The Mason Jar series. If you are looking for an emotionally-charged novel that is thought-provoking as well as entertaining then you have plenty to sink into with The Judgement Games.

← The Concrete Vineyard
An Interesting Contrast →