← The Roar of a Dragon
Perseverance: How It All Began → 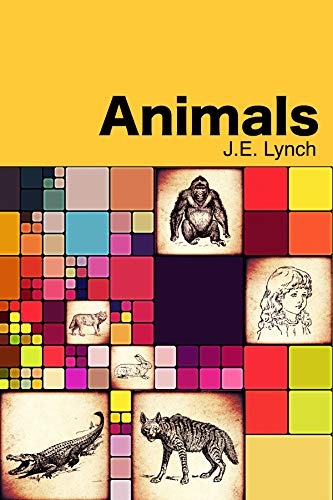 All was rosy for the Burnhams till they went on a year-long holiday. Three family members returned with a nightmare that would plague them for the rest of their lives, while little Eleanor never made it back at all. She simply vanished on a nice sunny day on the beach, only to appear in a cave far away from her family. That marked the start of a life-changing experience that saw her raised by unusual animals. Her training in the wild molded her into a ruthless young predator, not unlike her tutors. She soon found out that she was now an assassin created to carry out the will of her vengeful animal captors. Ellie embraced her new life, but her mind kept pulling up images of her old life that featured a happy family. Would she chase the freedom she once had, or would she stay a killing machine?

J.E Lynch’s Animals brings a startling folktale to life. The book’s intriguing plot piques curiosity early on and sustains it all through the story. It features animals running a covert recruitment program and feels like a metaphor reflecting our nature and actions as humans, like George Orwell’s allegorical novella Animal Farm. Even though Lynch tries to present truths in an unusual way, he doesn’t leave you scratching your head. His themes are clear, thought-provoking, and fascinating.

Lynch is great at stimulating the senses with very descriptive sentences, relying more on simple words than flowery language. I love how the author approaches the main character’s evolution. He leaves just enough clues to show there was a chance she could change course without making you feel it was inevitable. The animals also had distinctive personalities that resonated with me. I found myself rooting for some and scoffing at others, a sign that I was heavily invested in the characters.

I breezed through all 300 pages of this book. I’m not sure I’ve finished a book of that size in such a short time. I definitely have the story’s pace and intrigue to thank for that. And to top it off, the story ends with a smashing cliff-hanger. Good thing the sequel is out already. So, I don’t have to wait to get my paws on it.

Animals is a thought-provoking young adult novel that is daring, creative, and immensely entertaining.

← The Roar of a Dragon
Perseverance: How It All Began →