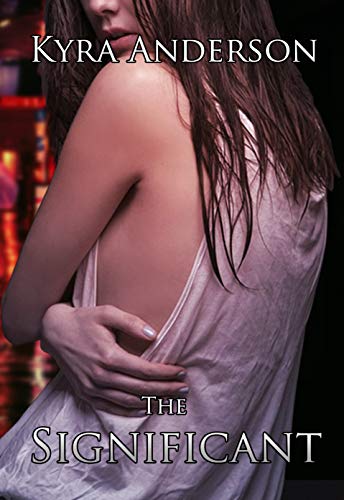 The Significant is a dystopian tale of a society in which the few have it all but there are a large number of poor without nationality. Kailynn is born into this society and vehemently detests the rich and controlling Syndicate. However, in order to save her brother, she takes on a job as a Significant who interacts with Elites for a price. Her whole world changes when she is assigned to the mysterious Golden Elite and suddenly things become more complicated, but there is hope for a brighter future. If Kailynn survives. The story is fast-paced and will keep readers hooked from the first page as the characters are plunged into different twists and turns.

Author Kyra Anderson’s novel has an original plot and world-building despite taking on a lot of familiar themes such as dystopia ruled by the rich or increasing automation. Unlike most dystopian stories, The Significant does not have a near-apocalyptic theme and creates a more original universe than what many dystopian novels offer. Similarly, the idea that a controlling society is bad for everyone is explored in this book which makes it easy to empathize with many characters and get new perspectives.

The Significant has a unique take on a dysfunctional society in that it reflects a lot of modern immigration issues and sympathizes with displaced peoples. That issue features prominently in the book and makes connections to modern day issues. Similarly, in connection to the modern day, the book features many lead LGBTQIA+ relationships which are normalized in the novel. It is extraordinarily refreshing to read a book in which a lesbian couple features prominently and is not merely used for entertainment or to appeal to a male audience.

The plot and story itself is highly enjoyable. It provides a lot of detail and background that gives a clear idea as to how Tiao works and why their society is locked in the situation the book is set in. The characters are well-done and distinct, each having their own voice and personality that comes off the page, especially Kailynn and Isa although the reader does have to take some time to get to know Isa, just as Kailynn does. The action is vivid and heart-pounding and the quieter, more intimate moments will still have the reader hooked and enraptured by the tension. Fans of science-fiction must read The Significant!