← Behind the Grey Mist
The Anachronist →

Pompeii: My Love Must Wait 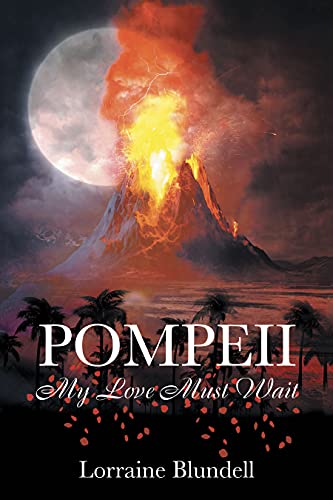 Pompeii: My Love Must Wait by Lorraine Blundell is an immersive and dramatic historical fiction following the lives of multiple characters in Pompeii and Rome before and after the eruption of Vesuvius. The story starts in Naples in 1991 at The Archaeological Museum. Sarah, a student helping on a dig in Rome, has aspirations of working as a historian or restorer, and she comes to the museum to view an artifact–an ancient Roman dagger that was discovered in the Lunpanar, the largest brothel in Pompeii.  After Sarah is shown a diary written by a woman who lived in Pompeii at the time of the eruption, the book takes the reader back to 78 AD. Who will survive the tragedies that lie in wait for the unsuspecting people of Pompeii?

This was a gripping story of the personal struggles of some very compelling historical characters, making this a book that was hard to put down. It provided the prospective of many different people from all walks of life, from the owners of large estates to slaves forced to work as prostitutes. The list of characters at the beginning of the book was helpful to remember who each individual was as they were introduced in the story and explained their relationship to other characters. I liked that the author indicated who was a historical figure and which ones were fictional characters because the story feels so authentic and well researched that its easy to think that all of the characters were real people.

There were several sections in the book, in the beginning and near the end, that were broken into parts that focused on different characters. It was interesting to read the descriptions of everyday life for the people from this historical period, such as the female fresco painter, the mayor of Pompeii, and various other business owners and citizens. These vivid portraits of people living so long ago was enthralling and, for me at least, I was able to see them as people rather than abstract ideas like many history books present them. I liked seeing how things turned out for the people who escaped the destruction of Pompeii. There were interesting historical notes at the end of the book, and I liked the inclusion of the map at the beginning that showed the villas, theaters, temple, streets, and other landmarks of Pompeii, which is helpful for readers who have not visited the historical site in person.

Pompeii: My Love Must Wait is historical fantasy novel written by someone who clearly has a passion for the era and knows how to construct riveting drama, even so far back in time.

← Behind the Grey Mist
The Anachronist →