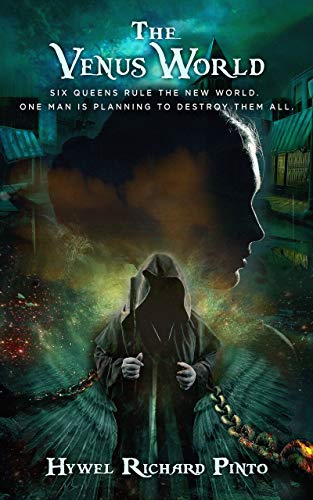 The Venus World is a rousing dystopian novel set in 2100. In this new world, six queens rule the world – dominating the declining male population. The story follows the journey of six queens and their quest to maintain their power and domination.

The setting that each queen presides over is richly described, appealing to the reader’s senses; the thick forests of central India, misty, quiet and peaceful, the bustling center of Beijing, the calm, evergreen Black Forest in Germany, the Savannahs of Western Africa, the hot climate of Australia to name but a few backdrops.

The Venus World is full of thought provoking characters that are methodically developed throughout the novel. The leading roles belong to the six women that control the world: Queen Rani, Queen Polime, Queen Marihiba, Queen Aneri, Alexie the Conquer and Lohi. All of these women have their own unique personalities that are all creatively intriguing. Their history, physical locations and personality traits lead them all on slightly different paths but equally captivating paths. The dialogue is sharp and engaging, with inner monologues that give us a view of how each character sees things, which ensures readers are always in the know and always feel like they have a grasp on each character. This rich cast of women is also supported by some interesting male characters – all with their own alliances and secret agendas, which serve to elevate the level of intrigue throughout this riveting novel. For some reason I was expecting a more ponderous novel, but was pleasantly surprised to find plenty of action that keeps the novel moving forward at a great pace. There are plenty of twists and turns as the story progresses as well, ensuring readers rarely know what’s going to happen next.

The Venus World provides readers with a compelling cast of powerful female characters who inhabit well described settings that feel engrossing and just a little enigmatic. The Venus World is a thrilling science fiction novel with subtle but thoughtful commentary on society that never forgets to entertain the reader.