← Empower Any Parent And Educator
Put It On Your Shelf →

Edge Of The Future 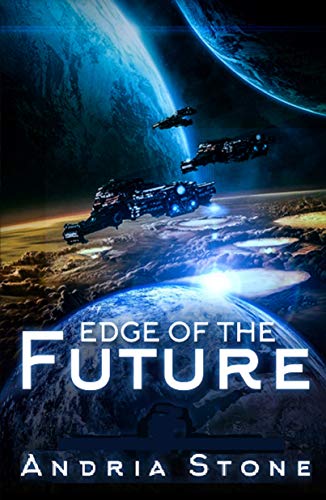 Edge of the Future, by author Andria Stone, is a nail-biting science fiction story about space exploration and saving humanity. Mark Warren’s life gets flipped upside down when his secret research facility gets attacked by a group of terrorists in the middle of nowhere, Canada. Joining forces with Sergeant Axel von Radach, Warren gets tangled up in a major military plot and works with a team to bring down a wanted terrorist.

Mark Warren also holds precious information on our main antagonist that puts his family and everyone he cares about in danger. Can he keep them safe and stop the villain at the same time? What will happen when he crosses paths with the terrorist face-to-face?

Author Andria Stone has a suspenseful writing style which elevates a novel that is already chock-full of action. Edge of the Future is the first of three books in the EDGE trilogy and Stone’s ending in this title has me desperate to read the next book, Edge of the Stars. The way Stone approached the relationship between humans and outer space makes the story feel grounded and much more engaging because of it.

I love a good space setting and regularly consume TV and film content in that realm. Long time fans of the science fiction genre will find plenty to enjoy in this edgy space opera, but the story is told without any over the top science fiction jargon, so newcomers will find an easy story to get lost in.

While I enjoyed the novel overall I felt that the story was a little slow going in the first few chapters. The story does opens with an attack on a military facility, which definitely grabbed my attention, but I couldn’t shake the feeling of being indifferent until I got through a couple of chapters. But this is a minor quibble in an otherwise engaging space romp.

Stone tells a suspenseful story involving space and cyborgs while making it all feel fun, if not always believable. I feel genuinely satisfied after finishing this book and that is something that rarely happens to me. Edge of the Future is an invigorating technothriller with a unique view of the future and an entertaining story that begs to be continued in the next book.

← Empower Any Parent And Educator
Put It On Your Shelf →