A Spell of Rowans 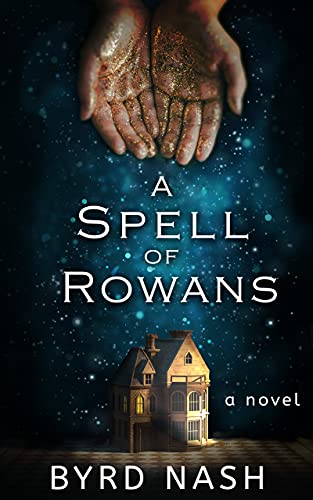 A Spell of Rowans is an emotional thriller following three siblings dealing with the aftermath of their mothers death while also carrying the scars of abuse. Their mother harassed the townsfolk and became the ire of many. When Victoria’s mother dies and her assistant is murdered, Victoria sets out to uncover the truth and protect her family.

Rachel Rowan’s family is a compelling cast to follow. Each character is given a unique twist to make them memorable and some character have surprising depth to them. This murder mystery is imbued with an intriguing sense of magic that permeates the entire story. I was taken in by the thick atmosphere created in this story and how well it captured the small town vibe. But besides the magical realism that is always entertaining, and the beguiling mystery driving this story, this is also a deep and impassioned exploration of family and childhood trauma that feels authentic.

I feel as if the author’s aim was to make readers feel every emotion the characters feel throughout this story because all the characters are emotive and those emotions are often explored in depth and with dramatic effect. These stirring emotional moments are balanced with a bit of magic that feels fun and always interesting.

A Spell of Rowans is an enchanting mystery thriller with a fantastic ending. This is a rousing fantasy novel that deals with some heavy topics but is never weighed down by them and never forgets to entertain the reader first and does a fantastic job of giving readers a good balance of action, intrigue, and drama.