← The Addiction Manifesto
A Spell of Rowans →

Nothing to Get Nostalgic About 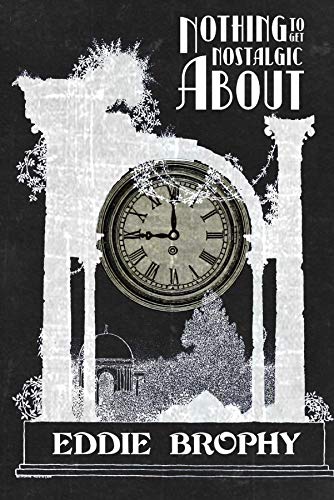 Charlie Harris has lived a life of fear, stemming from his troubled childhood and one fateful day in 1997. For the most part, he has managed to keep the monsters at bay. Not only that, but he has successfully capitalized on them by being an author of the macabre. But now, they are all coming out of the woodwork, and they have found a nice, cozy spot underneath the crib of Charlie’s infant son.

With a premise like that, any horror fan is sure to recognize the influence of Stephen King in this novel. Not only is it set in Maine – the master storyteller’s hometown and favorite setting – but it is also about an alcoholic author haunted by his past.

Automatically, titles like The Dark Half and The Shining come to mind. But instead of distracting from Brophy’s identity as a writer, the contrast between King’s signatures and Brophy’s distinct style only shines through. While King is the self-proclaimed “literary equivalent of a Big Mac,” Brophy delivers the scares through a more cerebral approach.

The novel is sprinkled with meditations on fear and how it never leaves us after it has made its mark. It only mutates and adapts to scare us until our dying breath. It is undeniably a dark concept, and Brophy takes readers through the journey with an unflinching eye. Luckily, he manages to make it easy for us with prose that is somehow both conversational and sophisticated at the same time but never pretentious. The dialogue ranges from unrealistic to dull at times, with some of it being there simply to provide exposition but this does not take away from the story.

Horror hounds will find a lot to sink their teeth into in Nothing to Get Nostalgic About. It is a creepy, psychological tale that is not your run-of-the-mill paperback, making it well worth a read.

← The Addiction Manifesto
A Spell of Rowans →