← The Flesh and the Spirit
The Condemned → 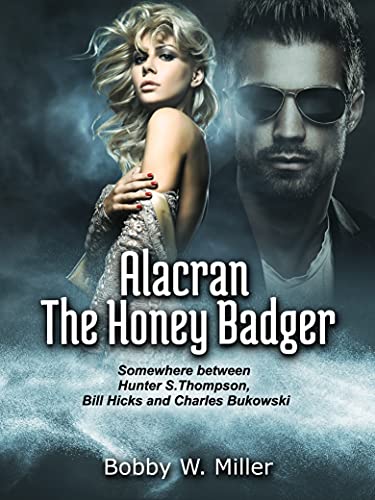 Alacrán, The Honey Badger is an intriguing historical thriller. The reader gets caught up in a web of interesting events that involve complex and mystifying characters over several generations. There are a dozen puzzles to solve in the story. The author is creative and incorporates some elements that are rarely used in fantasy fiction. The authors imagination is out of this world. He can create an enthralling story from the simplest events. Some parts of the story appear obscure at first but the reader gets to understand why the author takes that approach as the storyline progresses.

Alacrán, The Honey Badger has a unique structure and unique writing style as well, especially when introducing a new plot or new characters. The author is artistic and uses his skills to capture the reader’s attention with the characters. Alacrán, The Honey Badger may appear eccentric at first but one soon catches up with the story.  This book is for readers that enjoy following multiple stories at once. I like that the author surprises the reader with new and more robust characters that appear to overcome the impact older characters had. This is a curious piece of literature that requires your full concentration to enjoy.

In the book, we follow the lives of different men and women whose stories are distinctive but intertwined in one way or the other. Alacrán, The Honey Badger is divided into two parts; the first part of the book follows the story of a writer and an assassin. The assassin, who the reader is introduced to as Resident 27 is a fascinating character. The interview Resident 27 had with the writer reveals a lot about people that have a job like his. The assassin’s way of answering questions, his sarcasm, and humor are some of the things that make him compelling. One can also detect prudence in his thoughts. As he expresses himself Resident 27 talks about the complexities of life and why some people appear to be ahead of others. I enjoyed his conversations and even had a few favorite quotes from him.

The second half of the book gets to be even more attention-grabbing as the author introduces new characters and an additional storyline. I like how throughout the book one moves from different years. When following the storyline, the reader gets to jump to the 1800s, 1940s, 1960s and so on. The shift in years was a bit confusing but if you are able to catch on then it certainly adds to the air of intrigue. Through Bobby’s work of fiction, one is able to question the status quo and the current situation in the world we live in. This book has a political side that readers that enjoy following current affairs and global news will love. There are other crucial themes the author touched on, themes like family, friendship, love and betrayals. The language in the book is strong but fascinating, so I would recommend this book to adult readers looking for a different kind of literature.

← The Flesh and the Spirit
The Condemned →