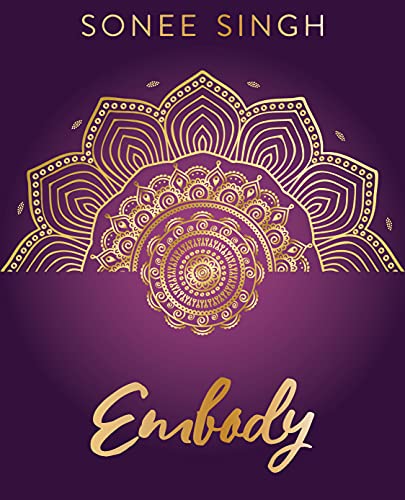 Embody by Sonee Singh is a rousing and inspired collection of poems exploring the common theme of healing, organized in the form of the seven chakras – Muladhara (Root), Svadhisthana (Sacral), Manipura (Solar Plexus), Anahata (Heart), Vasudha (Throat), Ajna (Third Eye), Sahasrara (Crown). The chakras are an ancient energy system having roots in ancient India, the birthland of Yoga. A blocked chakra can manifest itself in the form of several mental and physical diseases. Thus, Singh’s idea of classifying her poems in the form of seven chakras coincides with her overarching theme of healing.

The best feature of this collection of poems is that they are not forced and seem to be flowing from the inner self as any good poem should. As Singh mentions, while writing the book, she did not have the theme in mind, and it was only after finishing that she realized that they had a common theme and a hidden structure. The simple short poems flow easily and carry readers along with their easy-to-understand and straightforward form and a free-flowing rhyming scheme.

The book, in itself, is aesthetically pleasing and offers a treat to the eyes with its colorful water paint illustrations, white background and uncluttered, minimalist layout. I feel that the knowledge of Chakras is not well known, so one feature that I would have liked to have had in the book is a bit of an introduction about the focal point of the chakra and its manifestation.

Embody is a collection of simple poetry that I think will be very appealing to average readers as it contains thoughtful but stimulating poetry that is easy to understand and is powerful because of it.