← Notes On The Train
Find A Sense Of Hope →

A Cage for the Wind 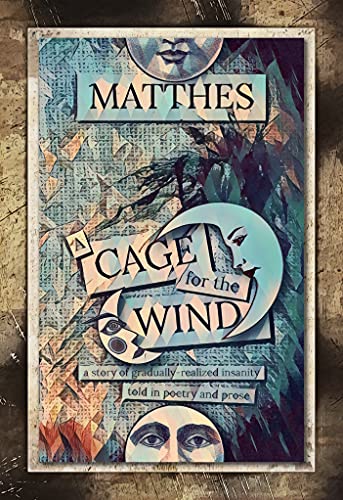 To be fair, the reader has been warned that they will be “helplessly lost in an abyss of muddied and bitter confusion”. Jerry is one of the brave ones. He is brave for letting the reader see into his messy mind. He is brave for not attempting to hide the darkness inside him. He is brave for being exactly who he is, weird and disturbed as he may be. Perhaps the world would be a better place if everyone let others see them in their full glory.

When a book starts off with an oedipal confession then you know it is going to be a treat. In that moment, you know that Jerry is not going to be an ordinary person. Rarely do people come back from watching the mounds of their mother’s breasts peek out of the bathwater as she cries about something she never talks about.

Even when he does or says something particularly disturbing, Jerry is almost likable. Maybe it is because of the pity he inspires. He has a way of manipulating the reader into rooting for him despite his actions and character. He does nothing to be liked but somehow, he is. The writer does not describe him but a reader will know him. Jerry is the alter ego we all hide from the world and only allow him out in dark empty rooms. The crass narration of events is funny and abhorrent in equal measure.

The book ends just like it begins; in confusion. The writer often misspells the name ‘Agnes’. While it does not happen often, it causes a measure of distraction on the pages it does happen. Considering the type of writing in this book, any other errors will go unnoticed as Jerry keeps the reader gripped and their eyes stuck on the pages.

Ever gone by a gruesome accident with brain matter sprawled on the ground and limbs bent unnaturally as screams of agony fill the air? Ever found yourself staring, almost savoring the smell of hot blood and listening to the lull of fading pulses? That is what this book is. It is a hot but intriguing mess. A Cage for the Wind is daring. It is messy. It is the book you whisper about to everyone. Dave Matthes has executed a beautiful literary tangled web.

← Notes On The Train
Find A Sense Of Hope →