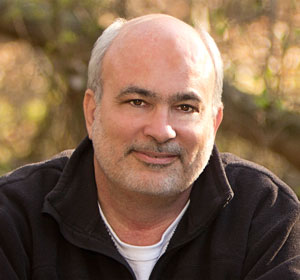 Rethinking Sex Ed is a forward thinking approach to sex education in contemporary society. Why was this an important book for you to write?

I’m the minister of a congregation full of people who almost gave up on religion. We found the old narratives, rules, and instincts off-putting at best. However, we had a deep hunger for spiritual community. So we spent a decade stripping religion down to the bare bones, trying to unearth the principles of spiritual community that are essential, beautiful, and universal.

Part of that journey was the deconstruction of religious ritual. We couldn’t use the rituals we inherited so we just stopped doing them all together. However, after a few years we realized how deeply meaningful rituals are. So we gathered a group to write new ones. Looking into several religious traditions, we wrote rituals for several stages of life—birth, puberty, going to school, leaving home, marriage, and death.

When we were writing the puberty ritual, we realized that when our community pledged to help our young people get ready for healthy lives, it would be pretty meaningless if we didn’t help prepare them for healthy sexual lives.

However, since like everybody else, folks in our community were deconstructing and reconstructing our sexual norms, we weren’t sure exactly how to fulfill that pledge. So our ritual team came to me. “Figure it out and let us know!”

The book is rooted in our own community’s need for clear and healthy guidelines for preparing our young people for their sexual journeys.

In this book you discuss the societal forces that have changed our perception of sex. What do you think is a major contributing factor to this?

I think primarily, it’s how complex society has become.

For most of human history, we lived in agrarian or industrial worlds. Young people could be ready to contribute to society by their late teens. In that context, we developed a simple rule of thumb that captured a great deal of wisdom about healthy sexuality—Don’t have sex until marriage.
But as society has become more complex, young people aren’t established in their careers until their late twenties. Also, puberty happens earlier. The time from sexual maturity to readiness for marriage has moved from three or four years to fifteen to seventeen years. Of course the old rule stopped working.

But when it did, the tendency has been to throw out both the rule—and the ancient wisdom it once captured. I wrote the book to articulate that wisdom and suggest some ways we might apply it in our new social context.

I found this book to be un-biased and informative. What do you hope readers take away from your book?

I guess it would be this.

When it comes to sex, religion and society have been at odds for a long time. Unfortunately, that’s mostly our fault (religious folk).

The world started changing quickly in the 60s. When the old sex norms stopped working, and when people stopped coming to us for sexual instruction, we got frightened. And frightened people tend to get reactionary. We did. We got rigid, rule-driven, and a little bit repressive. We fell back into the sexual craziness that infected Western civilization way back in the second century.
But just as damaging, when society threw out religion’s rule, it also abandoned a great deal of wisdom it once captured.

So the first thing I’d like readers to take away, is an apology on our part. We got that badly wrong. I’m sorry.

But if you’ll forgive us and allow us into the conversation, before we got all reactionary we had accumulated a lot of understanding about how human sexuality works. My hope for the book is to offer our best insights to the job before us—rebuilding healthy sex norms.

And the second thing I hope readers take away, is an understanding of what that ancient wisdom is, and how we can apply it with our young people.

Just now I’m working on a follow-up to that book, rethinking how healthy religion works in a local setting. I’m rough-drafting it on my blog right now.

How do we rebuild in the ruins of organized religion?

How do we rethink our stories, practices, and institutional instincts?

I believe religion can once again benefit society—can help us become better people, creating a better world. The next book will be about the experience of our own community working that out over the last twenty-five years.

If history is an indicator, the blog-rough-draft process will take about a year, and then several months after that to turn it into a book.

We religious folk have to change how we teach our kids about sex. The statistics are in. What we’re doing isn’t working. In fact, our whole society must rethink sex education. Nobody’s approach is working well. Social and economic forces have forever changed the context in which our sexuality plays out. Families are whipsawed by a blistering pace of historical change. After thousands of years of gender, sex, and marriage working one way, in just a handful of decades, everything has been upended. No wonder it’s so difficult to talk to our kids. If you have a young person you love, this book can help. When religion is at its best, it accumulates and transmits the wisdom of the ages. At its worst, it devolves into rigid rules and inflexible craziness. Rethinking Sex-Education explores religion’s accumulated wisdom about human sexuality . . . and the crazy that has to be dismantled to create a healthy and helpful curriculum for our young people. Hopelessly divided, religion and society don’t talk about sex. Religion can’t imagine it’s time to rethink the old ways. Society can’t imagine religion has anything to offer. The book explores what we can learn from one another. Drawing from religion, history, biology, anthropology, and economics, Rethinking helps us think both broadly and practically. It helps grownups rethink our own sexual framework, and then imagine practical sexual conversations with our young people. It’s a book for religious people who realize the traditional approach isn’t working. It’s a book for non-religious people who realize our no-norm social norms aren’t working either.

Rethinking Sex Ed: The Wisdom of Religion….. Without the Crazy 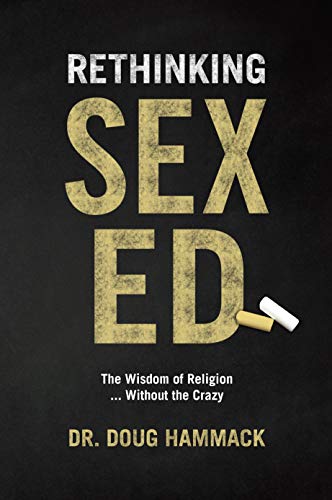 Sex and sexuality have changed quite a bit in the last decade. It is therefore only natural that the approach to sex education be changed to fit with the times.

Dr Doug Hammack’s book, Rethinking Sex Ed, is a guide to help parents bridge the generational gap that tends to stand in the way of effective sex education. He suggests that a symbiosis between religious and societal teachings on sexuality would be most beneficial. The book details the progression of sex education and shows the reader how and when teachings ceased to be effective.

The book is well written and delivered in an even tone that seeks to inspire the reader to change their stance on their own sex education approach. The book is diplomatic, not fully supporting one approach to the detriment of another. The author acknowledges the importance of all approaches. This book only advocates for amendment of sex education to make it more palatable to the current generation. The author has a very good grasp of the material and is well versed in this subject and speaks from a point of expertise. It would therefore be safe to say that this is a reliable guide book for anyone willing to keep their mind open.

This book is very short which is wonderful, because this could be heavy material with an important message. Dr. Hammack has the ability to keep the reader well engaged and on track with the message. It takes special skills to write a book about sexuality that does not pin point and focus on a particular orientation. The basis of all love and sexuality is the same. We are all inherently the same. In that sense, this book is suitable for anyone regardless of their sexual orientation. It is not even specific to parents either.

Rethinking Sex Ed is an important book that I think is especially important in this time of so much sexual confusion. Children are growing up lacking the appropriate sexual curriculum and therefore never really attain that maturity. This is a recommended read for educators, young adults, and parents.