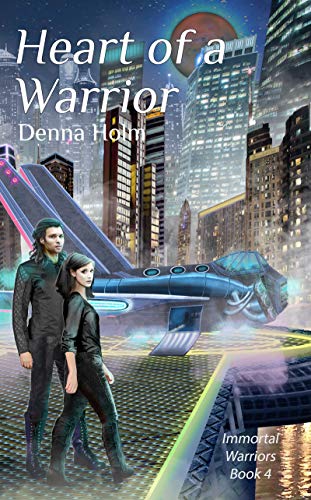 Elena Murphy is devastated when Gabriel walks out of her life. When her granddaughter is abducted by aliens and left to die on a hostile world, Gabriel is part of the rescue party sent by his Council to find her. From the start, Elena feels a strong connection between them, but she fears Gabriel is embarrassed that she is only half vampire while he is a powerful Hunter who has lived for over three thousand years. But when two children under her care are abducted, Elena will do anything to get them back, even if it means swallowing her pride to beg Gabriel to take her with him to find them.

Gabriel has spent thousands of years searching for his destined mate, his eillelé. When he finally finds her in Elena, it is to learn she is half human. He knows this makes their options as a couple limited. If he takes her back to his world, Laizahlia, his Council will force him to convert her fully to vampire, and he knows she might not survive with her mind intact. It is forbidden for their kind to live on Earth, so rather than risk her life, he chooses to turn and walk away . . . until two children under her care are taken by Slavers, and it’s his fault the Slavers were there.