Their Trials and Tribulations 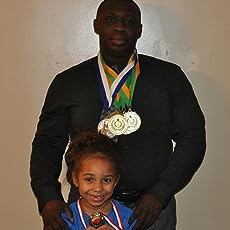 Love and Happiness does an exceptional job of portraying a relateable relationship and the many obstacles that a relationship can face. What were some driving motivations for you while writing this book?

I did a lot of research with married couples (15) Interviewing 15 of them and at least 20 married women to help get the voice down for Karen. I asked them about their trials and tribulations with marriage and what would make them cheat. I also looked at my own relationship as motivation. Like Chris, I’m more of an “I’ll show you I love you more than I’ll tell you I love you” type of person. By listening to all of the interviews and writing both characters I felt I was able to learn and improve on my own relationship.

Chris and Karen are complex character that I was able to empathize with. What were some ideals you wanted to capture in your characters?

Are you a fan of the urban fantasy genre? What books do you think most influenced your work?

For me, Eric Jerome Dickey is my favorite author. He talks to me in person, gives me advice and motivates me to keep writing. His books are what influenced my work. Cheaters, Milk in my coffee, Liars game, and the other woman to name a few.

The book that I am currently working on is called “Mothers” and I hope to have it released early next year. Hopefully in time for Mother’s Day.

Karen has it all: a handsome husband, beautiful twin daughters, a lovely home, and a great job. She also has a secret: she’s cheating on her husband with not one man, but two. On the outside, her life seems perfect, but Karen feels neglected, bored, and unappreciated. Yearning for affection and excitement, she falls into the arms of first Raheem, and then Tyrell. Out of fear of losing her husband, Karen ends the affairs, but things don’t turn out how she planned. When Karen’s dirty secrets are revealed, she must fight to keep her family together.

Chris is doing all he can to hold his marriage together. He loves Karen, but she’s been growing more distant every day. When she starts coming home later and later, he suspects she is being unfaithful. When Chris accidentally takes her cell phone, what he finds changes their lives forever.

Tragedy strikes, and Karen must decide if she should sacrifice her happiness for her husband’s love, and Chris wonders if he should stay with Karen, because he still loves her despite her infidelity. If they do stay together, will they ever find love and happiness again? 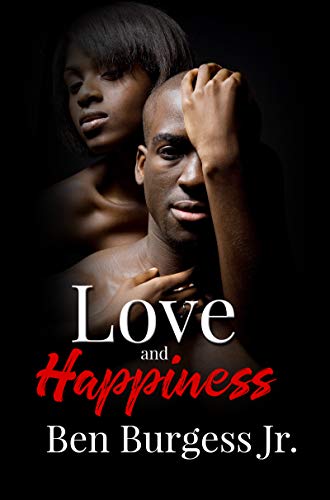 Anyone who has been or is married knows that it is work and often the perspective of one partner is completely different from that of his/her partner. This book delves into the difficult topic of two married partners who are not on the same page, which leads to the wife, Karen, seeking what she needs, both physically and emotionally, outside of the marriage.  As the old adage says, what is done in the dark will come to the light! The infidelities are revealed, and Karen and her husband Chris must deal with the fallout. The interesting part about this story is that the reader gets to experience their marriage from both perspectives. This is so revealing about the way that two partners can see things completely differently. It also gives us a better understanding of the complexities of a relationship. Just because someone is unfaithful does not mean that they do not love their partner, which is sometimes counter-intuitive.

The characters in this book are raw, honest, and truly flawed, which often makes them more relatable. It is too easy to wrap up characters in pretty packages that often feels more comfortable to the reader, Burgess is not afraid to show the human side of the people he creates.  As a reader, I found myself often shaking my head at Karen’s behavior, but I also appreciated the real, honesty with which she was portrayed.

I also really enjoyed the supporting characters in this book. Chris and Karen’s different set of friends are flawed in their own ways and not always the best influences. They are great additions to the story and a part of helping the couple along in their conclusions. There are times that they definitely added fuel to the fire, but, again, this is a realistic reflection of life and friendships and how they can impact your decisions in your own life.

This book has a fantastic and unexpected arch. It is so realistic and raw! I really love the journey this author takes us on through the perspective of these two people. It really shows how life’s difficult twists and turns can turn out to be exactly what we needed to get where we need to be. I highly recommend this read for anyone who has ever experienced the drama of a loving relationship falling apart and how it can actually lead to the right path.