The Moral Dimensions of Humanity 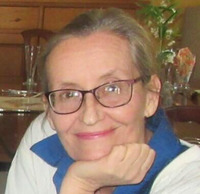 Trillium follows three Canadian families as their stories intertwine over generations and through many obstacles. What served as your inspiration while writing this novel?

I began this novel in my mind almost a decade ago. I did a rough outline at the time and popped it into my writing box. I had wanted to write a work about the rural farming landscape that supports us in an engaging and believable way. At the same time, I wanted to investigate the moral dimensions of humanity on a broader canvas than my previous two novels.

It was while I was researching ‘screen culture’ for an article that I began to see the ‘key’ in how I could manifest this current work.

Many of the revolutionary technological innovations that we now take so much for granted, like electricity, indoor plumbing, the automobile, aviation and the pill, happened within the last century. These life-changing innovations have allowed us to leap forward in an unprecedented way. As a result, it is becoming increasingly more difficult to fathom what life was like, (and still is like for many), without these modern conveniences.

Using a class structure, over the passage of time, allowed me to examine the impact of these techno-innovations on the evolution of the three very distinct families. As example, the O’Sullivan clan, because of their wealth, had immediate access to the innovations of the day long before the poorer classes, be it a telephone or a tell-a-vision. This access established ‘privilege’ for generations to come.

The characters and families were well developed and distinct. What were some driving ideals behind the families development throughout the story?

As I mentioned above, one of my desires in crafting this work was to examine the adopted moral structures of humanity.

Firstly, each family in this story comes from a very different inherited religious background. Religious doctrines shape our morals and are often manifest in the minute decisions that we daily make, for good and/or evil.

When we decide on anything, underlying that decision is a choice about the betterment or ruin of ourselves and others. Whether it be the 10 commandments, or The Golden Rule, or social ostracism or foul play, organized religions provide humanity with a moral framework. How we internalize these inherited religious codes greatly impact how we socially engage with others, especially within families and within civil communities.

A bully, as example, is, fundamentally, someone who never internalized the difference between ‘right or wrong’ behaviour. If they did internalize the ‘rules’ at an early age, they know full well that they are choosing ‘wrong’ behaviour when they bully. The inevitable internal conflict can manifest in many ways through the eventual self-destructive use of drugs and alcohol or the exercising of perverted power in intimate relations. Very often bullies continue to act out destructive behaviours on themselves and others because they have no understanding or fear of consequences. Simply put, they have no self-governing set of ‘rules’.

I would argue that, basically, bullies secretly desire the ‘structure’ of ‘good parenting’. Many bullies, aside from a deep craving for attention, want to be disciplined. But if their own parents never exhibited ‘good behaviour’, (as result of their own upbringing), the likelihood that a child will develop ‘good behaviour’ is very slim. When a child sees how their bullying parents achieve their desired ends, that child naturally internalize these ‘lessons’ and will act out in the same way in later life. And thus, the cycle of abuse continues. I have demonstrated how this vicious cycle re-occurs within generations throughout the novel.

Secondly, the impact of ‘media’ to shape our moral structures has increased exponentially over the past few decades. Within this historical fiction, I have slipped in some of those media innovations, beginning with the literate broadsheets of the eighteenth century. I moved into radio culture prior to WW2, and then introduce the advent of black and white film and television in the mid to late 1940s. Computers began to impact our work places and then enter our homes as recreational ‘video games’ in the mid 1990s.

Today, we are rapidly moving from a hard-won literate culture to a super stimulated visual culture. We are bombarded by a visual plethora of ‘info-entertainment’ from an assortment of screen sources that are designed to over-stimulate our dopamine receptors. All of us have succumbed to ‘click bait’. I wanted to reveal some of this increasing intrusive dependency towards the end of this novel. Though, overall, the latter media intrusion of the internet is intended as a sub-text to the on-going generational actions and reactions of the dominant characters at that time.

Finally, to be clear, I am not suggesting that organized religion, per se, is a panacea for the ills of humanity. We all know that religious indoctrination can obviously swing too far to the extreme. But I do believe that sound ‘elder’ teaching, supported by tight communities of engaging families, can sincerely help floundering individuals who flail. I demonstrated that kind of communal guidance and support when Tom Hartford’s descendent, Faith Hartford, wisely counsels Tony Di Angelo after his unhinged act of revenge. Her display of forgiveness was a profoundly social act of instruction – and acceptance. Faith was very kind to an emotionally wounded man.

This story takes place in the Golden Horseshoe region of Ontario Canada during the 1750’s. Why did you choose this time and place for your novel?

The story starts in the 1750s. Like a skipping stone on a body of water, time does skip forward quickly. At the middle of the book, the lineage of the three diverse families coalesce at a summer bonfire bash in 1965. The remainder of the novel plays out over the following decades, and the story ends in 2001. I ended the work then because I did not want to enter too far into the digital age.

I chose the Niagara region as emblematic of a ‘border-territory’ and the evolution of a farming culture that eventually specializes in wine-making. This region is beautiful, with the escarpment above and the great lake of Ontario below, and relatively unknown on the world stage. It’s a fascinating area, historically, and well worth a visit.

I am developing an audio version of this title and hope to have that available by the summer of 2019. I also feel that this work has the innate potential to be an engrossing television series that will appeal to a broad range of viewers. I am going to attempt to do that too.

Screen culture now rules the marketplace of ideas. If I hope to impact others with this story, I really must try to reach a wider audience beyond the realm of the literate.

TRILLIUM could easily have a sequel, but, at this time, I have no intent to do that. As I mentioned, it has the potential to be a wonderful television or Netflix series …

As the Niagara River flows into Lake Ontario, a young farm boy sits at the front of a boat as lookout, in the year 1758. A man from Sicily steps off a ship and finds himself in the bustling Hamilton Harbour as he looks for work, in the year 1835. Finally, a man from Dublin looking to make his fortune finds himself tossed out of a bar on Barton Street, in 1885. These are the seeds that Holton plants to begin the intricate intertwining of stories throughout the book. Trillium sees these three characters, with three vastly different backgrounds, struggle to make a home in Canada, and follows their legacies as their memory lives on through their descendents.

The book connects with the history, not only of Canada, but of the world. It draws upon various historic events, including both world wars, as its context. This grounds it in the real world and gives it a universal sense of what we all strive for in much the same way as the three families – a home. As generations pass, they seem to take a firmer grasp on the land they live on and become part of the history themselves. As such their progress fits well with the underlying rural theme that the chapters take, such as roots, growing vines, and the grape harvest. The book seems to create a family tree, which intertwines with the other family trees in the book, as they grow.

The reader is plunged into a world shaped by conquest. The characters in the book encounter wars, displacement and enterprise, all of which are constantly shaping the landscapes. Each character tries to find their place in this world of uncertainty. Throughout the generations, they all have a hope to find their way in a changing world and to settle down somewhere – to carve out their own patch of land to call their home.

Holton brings this world to life with poetic prose. As the book spans literally centuries, the passage of time is very clear in its writing. The natural setting is gorgeously described through the changing of the seasons, right down to the colors of the leaves. The natural Canadian landscape appears utopian when set in the foreground against the chaos of the world wars or the bustle of a city harbour or the noise of a railway being built. This contrast is eloquently drawn in the prose, especially when WWII hits the novel, where, though the characters have deep personal ties to the war, daily events in the book still transpire on a humble peach farm in Ontario.

I give this book a four out five for its awe-inspiring approach to the natural world and everyone’s place in it as we carve our path in the landscape through agriculture, enterprise, and even war. I cannot recommend this book enough. The stories connect beautifully and get to the heart of what it means to have a place to call home.