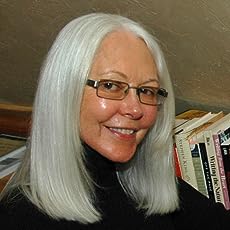 Mango Rash is a memoir of your time in American Samoa as a teen in the mid-sixties. What was the inspiration that made you want to write this memoir?

I started writing bits and pieces of my Samoa story when I joined a writers’ group in 2004. That was almost forty years after my time in Samoa, and for all those years I’d struggled to convey what it was like living on a tropical island as a teenager in the 1960s. All I could come up with was, “It was beautiful . . . It was a blast . . . “ and other generic responses that didn’t begin to capture the essence of the experience. So I started writing about that year as a way to not only fill in the details, but also tease out why living in Samoa made such an impression on me—something I’m not sure I completely understood until I finished writing the memoir.

Was everything you wrote from memory, or did you have to do research like dig through old photographs and letters?

Some events and conversations were so deeply etched in memory I could write them off the top of my head. Others surfaced as I looked through old photographs, played music from the time, and read letters and diary entries. One very good friend from high school days had saved all the letters I wrote her from Samoa, and those filled in so many details, including entire, verbatim conversations and descriptions of people and places. As I was revising the manuscript, a cousin unearthed letters my parents had written to her parents from Samoa. Those letters corroborated my accounts and provided even more details.

I appreciated the candid nature of your book. What were some goals you set for yourself as a writer for this book?

Interesting question! I think my main goal was to dig beneath the day-by-day recounting of events, extract the most pivotal events, and ferret out my reactions to those events, both at the time and forty to fifty years later, as I was writing about them. And then to keep making sure I was telling the truth, not only the factual truth, but also the emotional truth.

This is a lovely coming of age story that superbly captures a whirlwind of emotions. What do you hope readers take away from your story?

Thank you! I hope readers take away several messages from my story.

First, that even though our individual life stories may be very different, we all experience similar emotions at key points in our lives—adolescence, for one, but also other points along the way.

Second, that change is inevitable—nothing is permanent—but it’s good to consider which changes are beneficial and growth-promoting and which ones are destructive. Neither resisting change nor forging ahead just for the sake of change is the best path.

Finally, I think the most important message is that we all can learn so much from cultures other than our own if we open ourselves up to what they have to offer. Given all the mistrust and misunderstanding among different groups of people these days, this message can’t be stressed too often. 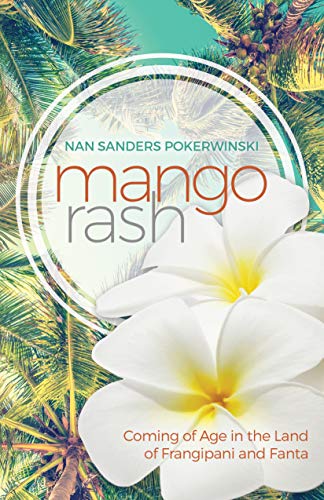 With a dash of teenage sass, MANGO RASH chronicles Nancy’s search for adventure—and identity—in two alien realms: the tricky terrain of adolescence and the remote U.S. territory of American Samoa. Against a backdrop of lava-rimmed beaches, frangipani-laced air, and sensual music, Nancy immerses herself in 1960s island culture with a colorful cast of Samoan and American expat kids.

But life is not one big beach party, Nancy soon finds, when she clashes with her parents over forbidden boys and discovers double standards in the expat community. Samoa, too, is experiencing growing pains as ancient customs collide with 20th-century ways. In the midst of all this, a hurricane shatters the peaceful paradise, delivering lessons in attachment and loss, strength and survival.

Like Nancy, readers of this unforgettable memoir will fall in love with Samoa’s biscuit-tin drum serenades, its mountains like mounds of cut velvet cushions, and its open-hearted people, who face adversity with grace. And just as Nancy does when her own health crisis thrusts her into a very different kind of unfamiliar territory, readers will draw strength from fa’a Samoa: the Samoan Way.

In language as lush as the island landscape, MANGO RASH enchants, entertains, and, ultimately, inspires with its message about embracing and learning from other cultures.

Mango Rash: Coming of Age in the Land of Frangipani and Fanta

Every person in their youth has dreamt of escaping to some exotic locale for fun, freedom, and newness. Someplace on the globe that is ‘other’; a place that can physically represent the internal battle of reaching adulthood and really understanding how things change and how one wants to find their own and new identity.

For the author, Nan Sanders Pokerwinski, the dream of a far off world full of new possibilities was a lush and beautiful reality. Mango Rash is a memoir of her brief time in America Samoa as a teen back in the mid-sixties. But it is so much more than that! Nan’s recall of her life-transforming time is a lush, layered, inviting and provocative tale that is so delightful to read!

Mango Rash peppers in historical references and factual instances in a perfect way that makes Nan’s story more intriguing and doesn’t date the story. In fact, the writer’s coming of age story is so timeless in the way that any teen can relate too in any age or any setting.

Nan’s ups and downs on the island mirror her ups and downs in life and her voyage to figure out where her home really is. The all too brief interactions with her parents and the very quick observations she makes about the world around her were such wise touches!

Mango Rash has an ending I did not see coming, but probably should have. Despite the memoirs’ sudden end and out of nowhere change, the author makes the conclusion stick with flair and whimsy.

Pokerwinski has a huge talent for drawing the reader in with such ease and flair; like listening to a story being told by your best friend! Everything about Mango Rash is delightful and wondrously fun!

Take the time to enjoy this book and you will find yourself reflecting on the people and places that helped shape you and still hold a part of your heart today; as well as identifying closely with the characters. For sure, you will dream of American Samoa and will be hoping that Nan has more stories to tell.