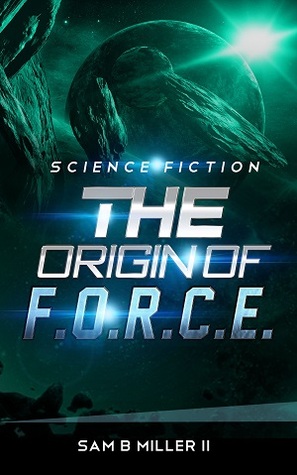 Nex Mexico, 1947.  A spaceship crashes on Earth during an exploratory mission from Planet HG-281 and leaves behind a 12-years-old alien. His name is Whatsit and he belongs to the Chrysallamans species, gigantic lizards with extraordinary mental powers, which enable them to control the humans’ brain and ultimately destroy them. The U.S. military takes custody of the young alien during a covert operation on the site of the crash, led by Major Jim Blunt. Shortly after, in Washington, a governmental committee calls a meeting of prominent scientists to inform them of the presence on U.S. soil of the young alien and alert them of the incoming danger of an invasion of Planet Earth by the Chrysallamans. Taking into consideration that Planet HG-281 is around 30 light years from the Earth, they estimate an invasion will come in 60 years. A bright young doctor, Diane Hoffmann, comes up with the original idea of studying the DNA of extraordinary human beings in order to isolate the genes that make them special. Those genes could be then translated into a vaccine against the aliens’ mental powers. Major Blunt finds the idea brillian,t and he takes off with Hoffmann to Tibet where they will bring Whatsit to visit a teenage Dalai Lama. The Lama is able to communicate with the alien through telepathy and he reassures Blunt and Hoffmann of the alien’s good nature and gratitude towards the soldier who was taking care of him. Once taken a sample of the Lama’s DNA, the two go on to meet a strong man in Germany and then a Skullreader back in the U.S.A. in order to collect their DNA too. A dormant virus – engineered to become active at a chosen time- is eventually developed so that humans can be ready for the invasion to come sixty years later. The first to be inoculated is Major Blunt, the soldier who raised Whatsit as a son and the now husband of the brilliant scientist who synthetized the substance. A leap in time brings us to the 70s, briefly, to meet the young son of Blunt and Hoffmann, Tom, on his way to a military career. In 2014, as feared, the Chrysallamans come back and spread terror and destruction all over the world. Till they meet Tom Blunt, the brave son of Jim Blunt.

The Origin of F.O.R.C.E by Sam Miller brings 70’s sci-fi films and literature about alien invasions into the new era. Anyone who enjoys a science fiction novel for the science will definitly enjoy this book. I found the idea of DNA manipulation in the book to be novel in it’s application to the problem and well defined in it’s descriptions. There were a lot of great twists and the storyline was entertaining, which is why it was dissapointing that the characters, I felt, were underdeveloped. But a lack of in-depth character analysis is compensated by a constant flow of action. This leaves the novel feeling more like a script, but that certainly makes it a good candidate to be converted into a movie. I absolutely cannot wait to read book two Dawn of Chrysalis.