From The Chaos of Life

The Journey of Life details all the turbulence and trauma of Mistre’s life and how she overcomes all the obstacles in her way. What was the inspiration for the setup to your story?

I know Mistre very well. Her mistake put her life in jeopardy. As a result, she has travelled from the chaos of life to the loss of her destination. I saw this while I was with her. She was forced to leave her homeland, Ethiopia, and live in exile in neighbouring Kenya. While in exile, she became addicted to drugs and became involved in nightclubs and prostitution. As she began to look at herself, she began to think about the purpose of life. She changed her mind and competed in beauty pageants, winning and becoming famous. When she realized that she had a strong desire, Mistre did what she could to achieve her goal by educating and raising orphans. Her children, who were born to her, wonderfully met her. Mistre is the mother of many. She still serves the Lord in persecution by accepting Jesus as her personal Savior without losing her purpose.

Mistre is an intriguing and well-developed character. What were some driving ideals behind your character’s development?

Mistre’s attitude and behaviour reflect her love for humanity. In addition to being influenced by men, women take responsibility for their pregnancies and go on a lonely, tiring life. Mistre is one of the victims. As a result, Mistre was deprived of her human dignity, endured humiliation and stigma, and eventually glorified her identity. The love of motherhood, the hardships and sufferings of life, the reader can understand from the story of Mistre.

Mistakes in life can be difficult for our earthly journey. By not giving up, our perseverance will make us successful. Our determination and courage will lead us to an unexpected victory. Giving with love and devotion, educating homeless children is the story of a mother who ended up in a position of honour. Following in her footsteps, she continued her story, becoming a historical mother.

I’m writing Mistre’s next book and I think I’ll finish it by the beginning of next year.

The Journey of Life 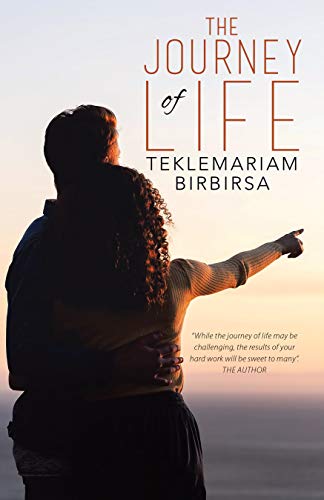 Mistre is one of those characters you can’t stop thinking about. She is living a life of the most challenging kind. She is a mother, but she is unable to be present for her children. Despite the choices she has made and the mistakes that have shaped her, Mistre manages to live her life for others. Her sights are set on helping those who cannot help themselves. Now, however, Mistre is on the run, and her life will never be the same–as her life changes, so do those of her children. If it is possible for a woman to triumph over what appears to be the depths of despair, Mistre is the woman to do it.

The Journey of Life, by Teklemariam Birbirsa, details all the turbulence and trauma of Mistre’s life. Beginning with an unplanned pregnancy that could be the beginning of the end for her, Mistre relies on her friends’ kind hearts and guidance. She has a purpose in life, and nothing will stop her–even some of the most devastating roadblocks a person can endure.

Birbirsa does a wonderful job of incorporating truths into this work of historical fiction. The timing and the settings truly bring the characters and their challenges to life. From governmental overreach to the Red Terror of Ethiopia, the author covers some truly heinous subject matter. Readers who look for bits of historical accuracy in their dramas will appreciate the efforts to which Birbirsa has gone to add details to Mistre’s story.

Time seems to pass quickly for the characters. I could feel myself zooming through Mistre’s life and found myself wondering, at some points, who was talking. Mistre’s life is full, offers many more chances for side stories, and could stand to be drawn out into even more detailed chapters. Overall, the book seemed short, and I was begging for more by the end.

The Journey of Life, by Teklemariam Birbirsa is a riveting and emotionally charged novel. Mistre is a truly involved character with many chances for a more well-developed storyline. There is an underlying current of fear surrounding the main characters that deserves even more exploration. I look forward to seeing more from Birbirsa in the future and would love to see an offshoot of Mistre’s life exploring the lives of her children.