The Future of Galactic Humanity

Tube Survivors follows a group of people who found New Earth but run into problems building their idyllic society. What was the inspiration for the setup to this novel?

It was fun to ponder how ten-thousand Tube Dwellers would transition from life within a womb-like, totalitarian, agrarian, basically Communist system, then quickly (by necessity) through a spaceship’s command and control system, and then to life as pioneer’s on a new and dangerous planet. Their leaders know Earth’s history, and they believe capitalism ultimately led to many problems. They build on the non-monetary, resource-sharing system they experienced in Tube World. They have to completely model their growing and vastly different economy with a very complex Resource Allocation Plan. In many respects, the leaders function as the Intelligentsia in the Soviet Union, or the Second Foundation in Isaac Azimov’s Foundation series. The Second Foundation works in secret to refine predictions of the future of galactic humanity based on mass-psychology, and targets areas for surgical intervention to improve the outcome. The leaders of New Earth share their economic modelling and elaborate, continuously-updated, computer-based plan with the general population, and hope their involvement will motivate them to help make it all work. In other words, the leaders of New Earth believe most people are good and intelligent, and want to live in an orderly, nurturing society where no one tries to selfishly get ahead. They are naïve, but well-intentioned. In contrast the leaders of the Soviet Union believed peasants and workers were incapable of understanding the running of a country, suppressed and controlled what was made public, and ruled with an iron fist.

The survivors tackle many moral issues when creating their society. What were some ideas you wanted to explore in this book?

The Tube Survivors believe capital punishment to be abhorrent, but struggle to agree on a humane alternative. They try banishment, similar to what the British tried with Australia, and the French tried with French Guiana. Their first test case is a psychopath named Harvey, and it does not go well. Harvey exploits an indigenous, humanoid tribe with the intent of inflicting revenge on the human society that rejected him. The Tube Survivors also want to remain ‘green’ and eco-friendly. They want to avoid the use of coal, oil and gas, but also know this greatly constrains their economy and quality of life. Like us, they struggle with issues that may not have a simple answer. In other words, I am suggesting that moral issues will never leave us.

What were some questions you kept asking yourself when writing this novel?

How would human beings actually establish a civilization on another planet? Is it as easy as many sci-fi novels and movies suggest using the fantasy of faster-than-light travel? What do pioneers need to take with them to survive and eventually thrive? What are their priorities? How do they best deal with indigenous humanoids? View them as competitors, and wipe them out? Or treat them as equals, and see if they will engage in mutually-beneficial trade?

What can readers expect in book six, Covert Alliance?

New Earth evolves into a parliamentary, monetary-based democracy. The Resource Allocation Plan basically becomes an elaborate budget. Life is good until a benevolent alien race initiates a face-to-face meeting on New Earth’s moon. The aliens ask testing questions to evaluate whether human beings are worth saving. Thankfully, they decide to alert the leaders of New Earth to an imminent threat from a malevolent alien race, one that pursues them relentlessly. The good aliens share some of their advanced technology, and a plan to combat the evil bunch known as the Masters. A fierce battle in space ensues, and then a covert attack on a Master-controlled planet using robotic spaceships and biological warfare. In other words, more traditional sci-fi stuff! 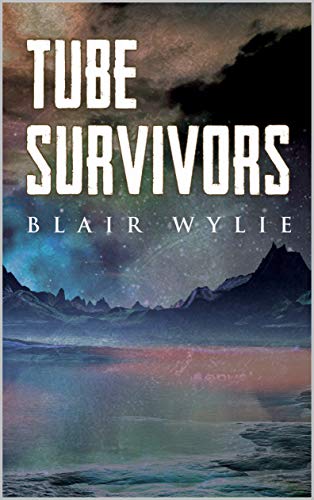