Inspiration for us Humans 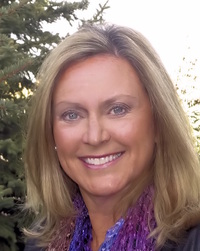 Gifts of the Crysnix is about fairies that watch over villagers in a seaside town by granting wishes and comforting them in times of need. When you set out to write this book was it your intention to write a story filled with kindness and morality?

Yes, it was a conscious decision to create a story that would resonate with not only young people, but adults as well. My main intent was the message to trust your gut instincts, or inner voice, to lead you in life. I created the Crysnix to personify your inner voice. I wanted to open the door to the possibility for the reader to dream big, believe in them self and make the best of their life. When I began writing the story it was in the form of a screenplay. There are many “scenes” that are filled with emotion and imagery and a take home value found in films you want to see again and again. I turned the screenplay into a novel and enjoyed taking the story to a new dimension of reaching out to the hearts and minds of the readers.

The fairies must learn to deal with their own issues so that they can mature and help humans with their problems. What were some of the trials that you felt were important to highlight the Crysnix’s development?

I really enjoyed creating the Crysnix world. Although it is perfect, I made the Crysnix have to earn their perfection and also their powers to fly without wings and grant wishes. Some of the early trials are the basic adolescent hurdles of not feeling pretty or good enough, gossiping and being self absorbed. As the story progresses the issues get broader and decisions are made around the value of integrity, believing in yourself against all odds and the simple fact that just being yourself is enough to earn love and respect. The lessons get more and more complex and as a friend said to me, “It is a great read on life lessons for young people and also a good refresher for us adults.” One example is; at the end of the story the protagonist, Elixir finds the value of forgiveness when he realizes his father was doing the best he could and just messed up. Although the mistake impacted Elixir’s life, we learn that we are not responsible for the choices of others and it is not up to us to shoulder the burden. When Elixir finally forgives his father, he becomes free to move on in his life.

The Laws of Light are introduced as the basis of the Crysnix belief system and although I described a few, I left it up to the reader to imagine what the others may be. They really spell out the depth of character of the Crysnix and are an inspiration for us humans. When I wrote the story I kept referring to them but only described them at the end of the book. I was hoping to create a sense of reverence and mystery about them. When they were finally revealed as the simple truths of self acceptance, being a source of love for others, living with gratitude, trying to better the world and never forgetting our purpose, I hoped they would resonate with and be remembered by the reader.

There are insightful quotes at the begging of each chapter. How did you choose which quotes to put in your story?

I have always been a fan of descriptive elegance where wisdom is spelled out concisely and beautifully. I have a book of quotes that I referred to and I researched my favorite sources online. Most of the “anonymous” quotes are my own. I enjoy books that use the format of introducing chapters with quotes. I think it lends another dimension to the story and who wouldn’t appreciate input from the eloquent talents of the likes of Marcus Aurelius, Goethe, Aristotle and Henry David Thoreau?

What is the next story that you’re working on and when is it due out?

I have six more children’s books waiting in the wings and a sequel to Gifts of the Crysnix nagging at me. I have finished the first two books of the Presley Series and am in the process of launching them on Amazon etc. They are about a young girl whose imagination gets her into trouble although she always has the best intentions. Currently, I am working with an illustrator on a bedtime story book for young children. It is a lovely illustrated lullaby about the universal love of a parent for a child. I hope in these global trying times it may serve to unite us with the insight that we really are not so different from one another.

What if a simple wish had the power to change your life? Beautiful creatures from a parallel universe watch over the humans in a small seaside town. A breathtaking new world-so perfect, so enchanting that we want to believe-unfolds as we witness the journey of new friends, who lead us toward our own personal triumphs. They have harnessed the power to bend time and grant wishes.