← Systems Theory
Inspiration for us Humans → 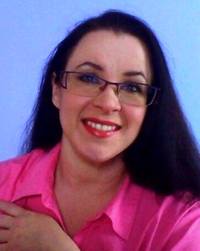 The Children of Fi is the exciting follow up to your other novel, The Mage Sister. Arinda has a plan to start a magicker school for girls. Why was it important for Arinda to create this school, alongside the one for boys at Vespith academy, against Jahx’s wishes.

Actually, Jahx is all for the program – he just gets frustrated with Arinda’s headstrong ‘I’ll-do-it-my-way’ sort of approach. His protests are meant to slow her down and get her to understand that she must follow the proper structure like everyone else, that there are consequences if she doesn’t. For Arinda, the magicker school for girls means so much to her because as a child, she was powerful and very smart. However, since there were no programs for girls, and being a girl magicker was such a shameful thing to be, she had to hide it and was not allowed to learn about her power. If she had never been sent to Vespith Academy and Jahx’s magic hadn’t chosen her, she faced a life of nothing but drudgery. She wants to stop that happening to other girls because it made her life so miserable and hopeless.

In this story you bring back some old friends and enemies, as well as introduce some new ones. Did you choose which characters to bring back, because you like writing for them, or did the story dictate who came back?

While I do really enjoy writing for some of them, such as Nathan and Cullen, the story did have a lot to do with who needed to return. Most of them had become such an integral part of Arinda’s life in The Mage Sister, they couldn’t just disappear in the second book. Also, Miles Dunforth, the main antagonist in The Children of Fi, is just as lazy as he is evil and I knew he couldn’t pull it off by himself. He’d have to find a really good henchman, and who better than someone that already had a reason to want revenge on the Kingdom of Rowan and the Circle of Mages.

The Children of Fi gives a lot more history of Kynllaria and Fiaryn. Was this backstory something you always had, even when writing the first book, or did it come after the first was finished?

Part of it, like the history of Fiaryn and Fiaryn’s Gate, I had developed long ago when I started writing The Mage Sister and building the world they live in. Other parts, such as the story of the Sun Dynasty of Naria Valley and the specific details of Jahx’s history, needed to be added and pretty much evolved as I wrote it.

Cullen, the Master Healer of Rowan, is a defender of Arinda’s plan to educate girls in magic. I found his character to be intriguing. What was your inspiration for his character?

Cullen seems to be everyone’s favorite character. For the most part I just let him be himself, but I’ve also known and worked with many doctors over the years (I’ve worked in the medical industry since 1999). As a healer, Cullen has many of the characteristics I observe in the doctors I work with every day – self-assurance, compassion, occasional impatience, frustration with patients who don’t listen – mixed with a person dealing with a troubled past and an unpleasant personal life that few know about. These are all elements that are a part of Cullen, yet Cullen isn’t based on a specific person I’ve ever known. I just borrowed some of the traits I’ve observed to add authenticity to what he does and allowed him to speak in his own voice.

Is there going to be another book after The Children of Fi? If so, what will that book be about?

I am currently working on the third book in the series, telling the story of what happens after The Children of Fi. It’s hard to tell much about it without including spoilers for The Children of Fi, so I’ll just say that there will be a lot about a certain event at the end of The Children of Fi, which must involve quite a bit of conflict, and I’m not entirely certain how that’s going to be resolved just yet. Also, a new conflict arises surrounding the location Fiaryn’s Gate and the gate itself. Now that Fiaryn’s is gone, quite a few people have plans for it and some are willing to do anything to claim it. And finally, a whole new group of characters comes out to play, and we will learn more about the ancient and mysterious Coubirigh, the scary baddies that turn magickers into mages… if they survive the encounter.

A great accomplishment, a dire mistake, and secrets buried long ago set into motion a volatile chain of events that lead the Kingdom of Rowan straight into an unexpected war. When Arinda’s school for female magickers becomes more successful than she could have hoped for, she and King Nathan are invited to other countries to advise them on setting up their own programs. But not everyone is interested in the education of their girls, and not everyone is who they seem to be. In this sequel to ‘The Mage Sister’, long kept secrets are brought to light, and the truths they reveal will change the world of Kynllaria forever.

← Systems Theory
Inspiration for us Humans →