← We Were Soldiers Too: A Historical Look at Germany During the Cold War From the US Soldiers Who Served There
Ideas of Dreams and Mist →

The Bonds That Are Forged

Asana of Malevolence follows Phoebe and Moises as they help residents of Burke’s Garden escape their megalomaniac leader. What was the initial idea behind Burke’s Garden and how did that transform as you were writing the story?

I never plan out any of my stories. I start by writing something I know about and then let the rest evolve. So, I started writing the story of Sharon, loosely based upon a case I’d worked on when I was an attorney. But then, Amy appeared, followed by Sean and then Evan. All the characters were looking for some way to find peace in their lives. Yoga is a natural source of peace for me, yet I’ve seen both good and evil in the yoga community. I thought about the fragility of my characters and what might happen to them in a challenging setting and before I knew it, they were all going to the same yoga retreat.

Phoebe and Moises are some of the most stirring characters I’ve read. What was your inspiration for the characters and their relationship?

I’m glad you asked about Phoebe and Moises! They were main characters in my first novel, Running Through the Wormhole. I didn’t intend for them to be part of Asana but one day they just happened to be hiking along the ridge above Burke’s Garden and they walked down the mountain and smack into the story. Phoebe is me, on steroids. A lot of what has shaped her has shaped my life. She is a mother, first and foremost. A traumatic event that happened to me was the genesis of her character and the beginning of Wormhole. Moises represents what is so wonderful about the trail running community, the candor and kindness and the bonds that are forged through the shared experience of running and testing physical and emotional limits.

The characters are helped along by the kind residents of Burke’s Garden and the supernatural. I thought the split between reality and the supernatural was well balanced. Was it difficult to walk that line while writing; to keep things believable but still make magical things happen?

The supernatural stuff is one of my favorite parts of writing. I approached it as if I was trying to describe something that I would believe if it happened to me. I think that the idea that spirits linger even after our loved ones, whether creatures or people, have died is comforting and relatable. So the supernatural aspects of the story were meaningful to specific characters and part of their journeys to find serenity and peace and to be safe.

What was your favorite scene in Asana of Malevolence?

The scene with Sean and Prudence when he wakes up outside her double-wide trailer with his long-dead cat. I was laughing as I wrote it and I still laugh when I picture them. I like it because it was a spark of humor in what would go on to be tragic later.

I have two books in the works. The first is called The Whole Story and it’s about a woman with a long term stalker, spanning the decades before and after the cyber world. She struggles to repair the damage to her spirit while keeping her loved ones safe from her ghosts.The characters are all new. I hope to get it published next year. The second is a YA novel with a working title of Yard Sale Junkies. It’s a story about a twelve year old boy whose family disappeared when he was six. He has amnesia about what happened and lives with his grandfather. Bit by bit, he puts together the pieces, with a little help from the supernatural, and learns the truth. 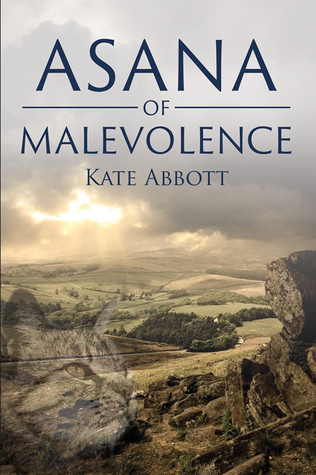 Burke’s Garden, a historic community in the mountains of Virginia, is an isolated place. For centuries, it’s been a haven of peace. Until evil arrives. Close friends Phoebe and Moises are hiking near the Garden when they encounter several participants of a yoga retreat, who are struggling to flee the grip of their megalomaniac leader. Phoebe and Moises plot an escape route out of their love and empathy for these strangers. Along the way, they reach for the helping hands of the Garden’s longtime residents and the subtle hand of the supernatural.

← We Were Soldiers Too: A Historical Look at Germany During the Cold War From the US Soldiers Who Served There
Ideas of Dreams and Mist →