← The Language that Gives Command to Universe
Forgiven Book Trailer → 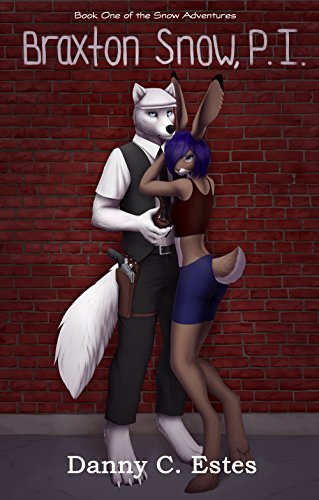 Sometimes the past declines an offer to stay back there. Past lives will often come right around to haunt and demand closure.

Braxton Snow left his village life behind. He often feels out of place in the big city but no matter. He loves his Furlton life. He may have been a village boy but the city has embraced him. His life is not perfect but he loves it still. His private investigation practice feeds, clothes and houses him. He is dating a beautiful white tail jackrabbit. His family would never accept Joanna, to them she would be dinner. However, this is not a matter of concern. His family is not part of his life anymore. She is beautiful, funny and she cares about him, which is all he wants out of a life partner.

Braxton’s life is pretty silent save for the occasional exciting case. One day Catharina Nelson seeks him out for his investigation services and the course of his life changes, unbeknownst to him. The red fox hires him to find Oscar Sullivan. Oscar is an archeologist who is looking into the mystery of the hairless apes which has gone extinct. The case seems pretty open and shut but in the preceding days, it gets more and more complex. For one, Braxton is not the only one searching for this man. This would not be a problem if both parties were on the quest with the same goal in mind.

With the case’s complexity comes danger. Soon, Joanna becomes a target for these dangerous characters. Braxton finds himself back in the hands of the family he abandoned and is not well received. This is a problem not only because of their treatment of him but also because they are a threat to his beloved’s life.

How far will Braxton have to go to save his fiancé? Will they survive the trip through the glacier?

Danny Estes presents a book filled with mystery and suspense. The characters are animals but the reader will barely notice their animal quality. This is due to their deeply illustrated personalities. The story is captivating and gripping and every description is vivid. The opening of the book gives us a look into Braxton’s life and grounds the background so that it becomes believable. You get a sense of his usual routine, which makes the case coming his way much more exciting, because you understand what he’s left behind.

Braxton Snow is written in first person narrative which is quite impactful to the reading experience, but it’s still an easy read that I enjoyed because of it’s unique perspective. The tone is informal and lighthearted. Conversations between Braxton and Joanna are especially heart-warming and so ordinarily special.

Braxton Snow P.I. is targeted at a wide audience exclusive of children. Don’t think that this story if for kids just because there are animals in it. This is a thrilling adult story for anyone who enjoys action, mystery and fantasy along with some steamy romance. This book is an enjoyable read. Definitely deserving of five stars.

← The Language that Gives Command to Universe
Forgiven Book Trailer →