← Crazy Experiences
The Inspiration for the Segregation →

the Staging of the Bodies

Dance with the Devils starts with a gruesome murder which sets of a series of events that brings detective Nate Burns out of retirement. What did you want to be different about this novel from your other murder mystery works?

Nate has been medically retired from the department and has not adjusted well to the forced inactivity. I wanted the murders to be complex enough that they would serve as an enticement to get Nate off the couch, so to speak. The gruesomeness of the killings is evidence of the mindset of the killer, which is the reason for Nate decides to become involved. The staging of the bodies, as there is more than one killing, also becomes an attractant for Nate.

I thought you did a fantastic job with the setting and descriptions. How do you balance story telling with setting and character development?

The initial setting was determined by previous novels and Las Vegas is where Nate’s friend Jack resides. It is also the money source as an investigation as I describe would require funding in large amounts of money. There had to be a tie in there. The other locations were chosen for various reasons, the last one in Ohio is the hometown of the narrator of my books for audio. I wanted to give him a nod of “thanks.”

Character development is the most important part of the writing process for me. With interesting and engaging characters a story can be set in a shoebox. Every character I include in the story has a developed backstory and the possibility of a continuing story, if need be. More than one of my minor characters have grown into larger roles, and continued in the next book in the series.

I felt like Gabe Monet was one character that had to grow on me, and continued to develop throughout the novel. What was the inspiration for that character?

Gabe was the personification of the story. She is another version of Nate, she, like him is the overachiever with baggage. Where Nate uses his surliness to distance people, Gabe uses her outlandish behavior and sexuality. Readers of the series will remember Nate has an attraction to women like Gabe, and I also wanted her to serve as a temptation to him. She develops and with Nate’s help can depend more on her abilities as a detective and therefor lower her defensive actions. I wanted Gabe to be Nate’s reflection and I think I accomplished that

It seems like this book leaves the door open for a follow up novel. Will there be another story in this series?

Oh, most certainly. Dance with the Devils is the third book in the Nate and Clare series. Much is happening to the characters in the stories. Nate is struggling to find new direction. Clare (his wife) is finishing law school. The older daughter Lizzie is graduating high school with the stated desire to follow her dad into law enforcement. The Las Vegas side of the team has Jack growing bored with what he does. His wife Terri is not doing well after being shot. Jack’s friend and bodyguard “Snake” is still in a coma and “Gunny” is growing restless. There are many more stories yet to be told. 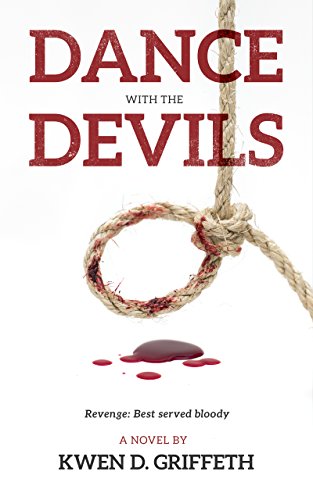 The murder was brutal. The scene resembled a slaughterhouse. “We need Nate Burns,” Jack Mill said and set about getting the medically retired detective to Vegas. Such a simple request will lead Nate not only on a manhunt across the country but also back in time thirty years where he will struggle to understand the implications of the Cold War.

Book three, in the Nate and Clare series, finds Nate trying to come to terms with being medically retired from the department. Unsure who he is any longer, he hesitates to accept the challenge. For the first time, he afraid he might fail.

← Crazy Experiences
The Inspiration for the Segregation →