← The Day That A Ran Away
Surrender to You → 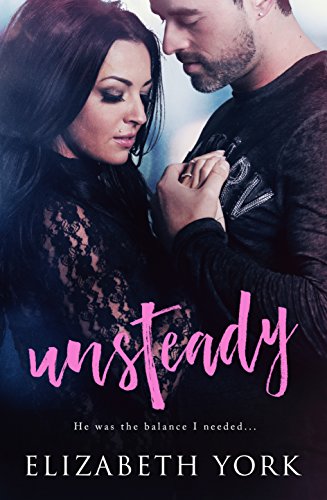 Unsteady kicks off in chapter one by giving us a glimpse into the childhood lives of its main characters, London and Logan. London and Logan both attend a Catholic boarding school and have similar backgrounds in that they both feel utterly abandoned by their families. The connection that they share as children is very heartfelt and the author does a good job of portraying this. Despite the book seeming rather rushed (which is to be expected from its 313 pages), I think the author also does a fantastic job of getting the reader attached to the characters. I was sufficiently swept away and invested in these characters and wanted to keep reading to see what happens to London and Logan and see how their story unfolds.

But I don’t want to make it sound like the book was unreadable though, I enjoyed the suspense of the story and the action surrounding London’s job with the CIA. Overall, this book contains an entertaining story that will leave you biting your nails. Romance novels are about the characters and their relationships, and this book has some alluring characters that get into some… sticky situations.

← The Day That A Ran Away
Surrender to You →