A Labyrinth of Shaped Worlds 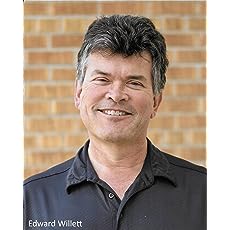 Worldshaper follows Shawna as she discovers the ability to shape her world, but also discovers that their’s an evil entity threatening her world. What was the inspiration for the setup to this exciting story?

I’ve always thought it would be interesting if authors could live in the worlds they’ve created. The setup for the Worldshapers series makes that a reality. So that was one bit of inspiration.

The other was simply my desire to come up with a series idea that would allow me to write all sorts of stories. I like to compare it to Doctor Who, the greatest storytelling concept anyone has ever crafted. You can tell any story within Doctor Who because the Doctor has the ability to travel anywhere in time in space. So there have been stories set in Victorian London, in the far, far future, on strange planets…literally anything is possible. The Worldshapers series, where Shawna is tasked with travelling from world to world within a vast interdimensional Labyrinth of Shaped worlds, gathering the knowledge of their making to take to the mysterious Ygrair so she can save all of these worlds from the Adversary, likewise permits any kind of story I want to tell.

Shawna’s ability to shape worlds is intriguing and I loved exploring it in the book. What were some driving ideas behind this ability?

I think it goes back again to the power we have as writers to make changes within our stories. Most of us have had the experience of writing entire scenes or chapters that we changed our minds about and discarded. What would it be like if you were living in a world where an author did that? Something you experienced would simply never have happened…but the author would still remember it. That’s exactly what happens when Shawna shapes her world. She’s essentially a writer editing what she created on the fly. But just like changing scenes in a novel can have unexpected consequences later on, forcing the author to replot or perhaps even to change the ending from what he or she originally planned, so Shawna’s Shaping of her world keeps having unintended consequences that complicate her life.

Shawna visits many different worlds throughout the book. What were some scenes that were you favorite to write?

She only visits one world in the first book—her own—but she sees quite a lot of it. I think my favorite bits were the journey on the sailboat, the Amazon (named after a boat in a favorite series of mine as a kid, Swallows and Amazons by Arthur Ransome) and then the adventures in the tunnels of the mysterious island at the end, which reminded me of playing Dungeons & Dragons. Oh, and the time in the mountains, especially the encounter with the bear…

This is book one in your Worldshapers series. What can readers expect in book two?

Book 2, Master of the World, just released in mass-market paperback (after coming out in trade paperback and ebook formats last fall), sees Shawna on her own, separated from her companion, Karl Yatsar, and having to make her own way across a world inspired by Jules Verne—so it’s full of strange flying machines and steampunk submarines and floating islands and weird weapons. I had a ton of fun with that one.

Book 3, The Moonlit World, will be out September 15, and the best way to sum it up is my unofficial working title, “Werewolves and Vampires and Peasants, Oh My!” It indeed takes place in a world Shaped by someone very fond of werewolves and vampires…as, of course, am I.

For Shawna Keys, the world is almost perfect. She’s just opened a pottery studio in a beautiful city. She’s in love with a wonderful man. She has good friends.

But one shattering moment of violence changes everything. Mysterious attackers kill her best friend. They’re about to kill Shawna. She can’t believe it’s happening–and just like that, it isn’t. It hasn’t. No one else remembers the attack, or her friend. To everyone else, Shawna’s friend never existed…

Everyone, that is, except the mysterious stranger who shows up in Shawna’s shop. He claims her world has been perfect because she Shaped it to be perfect; that it is only one of uncounted Shaped worlds in a great Labyrinth; and that all those worlds are under threat from the Adversary who has now invaded hers. She cannot save her world, he says, but she might be able to save others–if she will follow him from world to world, learning their secrets and carrying them to Ygrair, the mysterious Lady at the Labyrinth’s heart.

Frightened and hounded, Shawna sets off on a desperate journey, uncertain whom she can trust, how to use her newfound power, and what awaits her in the myriad worlds beyond her own.