← Back From The Brink
I Had A Secret For Seventeen Years → 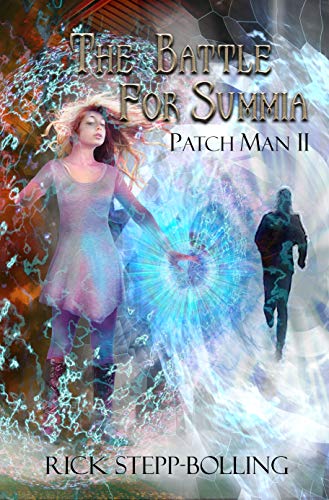 Rick Stepp-Bolling’s Patch Man II (The Battle for Summia) is quite a read. It mainly follows the journey of Meesha and Ten as they look for Kerash, the Lore princess. It also sees Meesha’s guardians, Var and Zefa discover a life-altering truth from an unexpected friend and start on a journey to find warriors to aid in the Summia fight.

But by far one of the most interesting storylines is the one of Ulan, an assassin commissioned to find an elusive Shola and make things right. This mission takes her on an interesting journey throughout which she encounters unexpected allies and foes. Ultimately, everyone in this book finds what they seek in some shape or form. More interestingly, unexpected love blooms, ending this story on quite a high.

At the heart of it, Patch Man II is a book about patriotism and the constant fight for freedom. As such, like many books of this nature, it is packed with betrayal, tracheary, and a ton of action. Other running themes include family and love, making it relatable for many readers.

While its dialogue is concise and riveting, its scene descriptions are very detailed, its prose has the perfect balance of information and entertainment. Since the story hinges on a lot of science fiction, the details employed are quite helpful. However, it still can be tough to follow for those who haven’t read the prequel. Moreover, if you are not a huge science fiction fan, the plot can be confusing. The greatest issue that I have with this book though, is its several simultaneously occurring storylines. All the back and forth between the action-packed storylines can be disrupting.

But it must be said that the author has gone to great lengths when it comes to character development, especially with regards to the main character, Meesha. Not only do we get detailed descriptions of her physical appearance, but we also understand her giftings and interesting personality. The same is true for the other characters, giving you a holistic view of the narrative. I also appreciate that the story is far from predictable.

Patch Man II is another phenomenal example of Rick Stepp-Bolling’s ability as a writer to entertain readers with an epic story that is spellbinding and stirring.

← Back From The Brink
I Had A Secret For Seventeen Years →