← Beat Your Weight Beat Your Fat
1989: What Happens When A Killer Returns For Revenge →

The Last Mission of The Seventh Cavalry 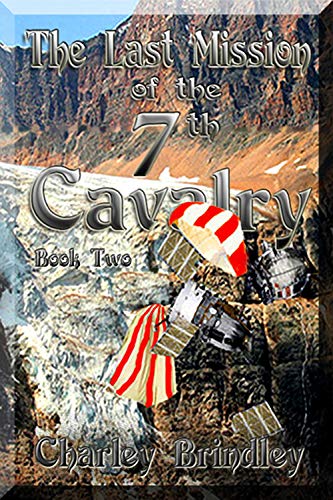 Sarge made a promise, but he isn’t invested in keeping it. His men do not hesitate to remind him that he once told them that the Seventh Cavalry had made its last mission. Yet, here they are preparing again and listening to the list of orders to which they have all grown accustomed and about to set out on a rescue mission after which they all plan to rest, regroup, and recuperate. Once the group manages to agree on a leader for the mission, the wheels begin to turn and they are off on a path that will lead them again into the unknown.

The Last Mission of the Seventh Cavalry: Book Two, by Charles Brindley, picks up where Book One of the same name left off. Sarge, the fearless leader of the aptly named Delta Platoon, Alpha Company, Second Battalion, Twenty-Second Division of the Seventh Cavalry, U.S. Army, and his unique group of characters inhabit the lush home of the late Consul Lucius Aemillus Paullus. Their needs are more than met, and they are living their best lives. Duty, however, calls. They are needed immediately on a rescue mission that may take much longer than any of them expect.

As with Book One, Brindley does a brilliant job of making fantasy feel like a part of history. His characters are all stand-outs with well-developed backstories he shares with readers in this installment. Getting to know each one right out of the gate helps readers understand each and every idiosyncrasy and how they relate to the mission at hand. Again, I am in awe of how Brindley manages to make his writing come across as realistic while giving it all the elements of a full-blown epic fantasy.

Humor is a large part of Brindley’s work. As serious as the mission is, the characters never fail to include quips and jabs at one another that make the reading less heavy. Not a scenario passes where the characters don’t insert humor and cutting remarks aimed at keeping the overall mood light and the characters more relatable.

I highly recommend The Last Mission of the Seventh Cavalry: Book Two to any reader who enjoys fantasy adventure as much as they crave well-developed storylines. Fans of strong female main characters will find Brindley’s work especially satisfying–nowhere else will readers find a more diverse and intriguing group of leading females.

← Beat Your Weight Beat Your Fat
1989: What Happens When A Killer Returns For Revenge →