← Song of Blue
Grotto of Chaos: The Exploits of Clarence Griffin Book 1 → 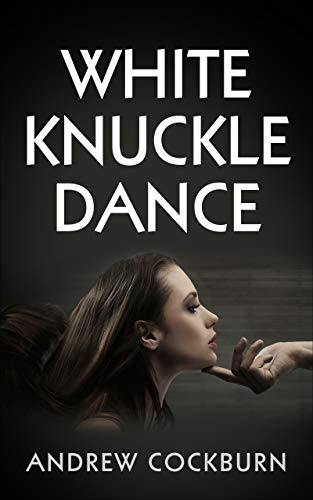 White Knuckle Dance by Andrew Cockburn is a romantic novel filled with suspense, drama, and secrets. Dan sees himself as a regular guy working a regular day job, with no importance of any kind. He and Mary meet at a work function where they hit it off and his once normal, uninteresting life is turned upside down. While the two have a relationship, Dan discovers more things about himself that he didn’t know about before. He suspects there is more to Mary than what she allows other people to see and the more secrets he learns about her, and her about him, emotions are explored and vulnerability exhibited. Games begin and stakes are raised even higher and this leads to the white-knuckle dance around discovery, risks, and power in which we are not certain who will end up as the winner in this deadly game.

Andrew Cockburn incorporates local dialect within the book that gives the reader a connection with the native region in which the story is set. Direct speech has been richly used in the book to personalize the connection between the reader and the characters. The vivid description of events helps create imagery that is fully realized and helps fuel the reader’s imagination.

This is an emotionally charged story that focuses on the main characters riveting relationship, and this is the true gem of this story. I love how the chemistry between Dan and Mary develops and evolves over time. Guilt consumes Dan and this is what pushes him to seek therapy years later since he lost his mother. Introducing Mary in the book plays a major role in helping Dan finally open up and let go of some of the guilt he has been feeling for a long time. Their relationship serves to assure Dan that he is not the cause of his previous failed relationship. This is an impassioned story, that is beautifully written, and places compelling characters in various emotionally precarious situations.

White Knuckle Dance expertly balances mystery, chemistry, and suspense in a way that in an eloquent and fascinating way. This is a romantic suspense novel that surprised me on many levels, and stayed with me long after I put the book down.

← Song of Blue
Grotto of Chaos: The Exploits of Clarence Griffin Book 1 →