← Dearest Mother and Dad
What She Wanted Out of Life → 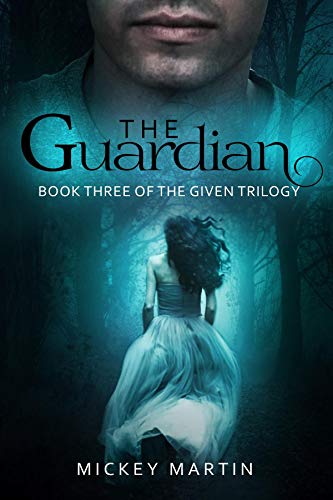 The Guardian is the thrilling final installment of Mickey Martin’s “The Given” trilogy. These books tell the story of Lilliana, our kind, brilliant, beautiful protagonist as she navigates through various personal challenges within the Given facility; an institution established to cure and rehabilitate those who have suffered as a result of horrific crimes. The background of the first two books was rather restricted, being set purely within the facility, but this book switches things up by breaking out into the real world. Related to her new project establishing a series of safe houses for victims, the story opens with Lilliana headed on a world tour following her wedding to Damon (our handsome male lead). The rapid change of locations and the overall fast-pace of the opening makes it exhilarating from the get-go.

I found it so refreshing to see the characters engage within normal society, and found it made the story feel a little more familiar, touching on more aspects of reality as opposed to purely fiction.

Considering the trilogy as a whole, I would undoubtedly say the final book is my favorite. In the first one I adored the detail and depth put into painting the dark Given world and Lilliana’s various relationships. In the second book I enjoyed the attention paid to developing Lilliana’s love with Damon, with themes more romantic. There were aspects of both books I liked, but also disliked due to the heavy focus on certain characters or certain motifs.

However, in the last book Martin perfectly balances all the aspects I had enjoyed. There was just enough focus on all the characters, a good mix of romantic and sinister fantasy themes, the added diversity from location changes and much more.

It became obvious to me throughout the book that Martin’s skill as a writer really developed over the course of the series. I felt in this final piece that the author found the true voice of the story and used it flawlessly to bring this book to life.

The writing, the tone, the pace- it was exciting and engaging. I loved the time I spent following Lilliana’s endeavors and am sad it’s come to an end. I won’t ruin the ending for you here, but I will say that I was highly satisfied with the trilogy’s conclusion and look forward to seeing what Martin releases next!

← Dearest Mother and Dad
What She Wanted Out of Life →