Dare to Be the Change 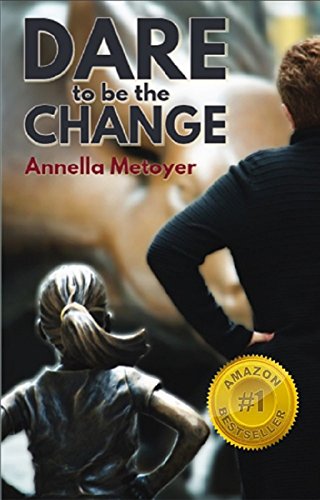 Dare to Be the Change, written by Annella Metoyer, tells the story of Annella’s life and how she overcame adversities to be the change she wished to see in the world. Annella faces a world of segregation and judgement based on the color of her skin, but is determined to push through the racism and have people see her for who she truly is. This begins a world of firsts for Annella, from being the first colored cheerleader to the first woman of color to work in her local bank. Her life journey will inspire, and enlighten you as you learn what it takes to make a difference in the world.

Growing up in a small town of Louisiana, Annella lives in a time where racism was prevalent in the community. With society segregating everyone into two groups of “colored” and “white”, Annella struggles with her identity. This segregation continues throughout all of her schooling years; however, it was several teachers and adults in her life that showed her that she didn’t need to accept the injustice and inequality that society expected her to endure.

I admired the relationship Annella had with her parents and in particular the strength and support her father showed her throughout her life. Rather than allowing racism to control their lives, he would take a stance and voice his concerns about the unfairness of how children were treated due to the colour of their skin. He was also the instigator of her career as the first woman of color at a bank, forming the pathways of her strength and persistence for change.

Dare to Be the Change enlightens the reader with racial situations or expectations that show an unfair and unjust part of our history. Conditions such as separate school buses or being unable to enter a cafe through the front door if you were colored seem like a preposterous idea, but sadly they were the real-life situations that people had to endure every day.

Throughout the story, you can tell the author Annella Metoyer radiates a certain positivity and gratitude that I believe led her to achieve so many significant changes. There are times where she could have relished in the negativity, but instead, she talks about the positive people in her life that helped her grow and become more confident as a woman. Annella’s endurance and strength to stand up for what is right is a trait to be admired and one that we don’t often see in the world. Annella’s hard work ethic and ability to prove herself in her career is just one way she initiates change as she begins to show others that there is more to a person than the color of their skin.

I would recommend this to anyone looking for an inspirational story that will motivate you to be the change you wish to see in the world.