I was always fascinated with the idea of “choking” in sports or feeling the pressure. It can be extremely burdensome for any athlete. I set out to write an authentic sports book that captures the true feelings and thoughts of young athletes.

Mark is an interesting and well developed character. What were some driving ideals behind his character?

I wanted to portray a young athlete who comes face to face with his worst nightmare while playing the sport he loves but eventually overcomes the stigma through perseverance and summoning the courage to be different. As a biracial boy in a suburban high school Mark feels like an outcast at school for several reasons, and like so many of us, he just wants to fit in.

There were some very specific sports details in this book that made this book realistic. Did you use anything from your own life in this book?

Hah! Some people jokingly wonder if it’s an autobiography. I did miss a free throw once that may have cost my high school team a game, and I was broken up for weeks. No athlete wants to be known as someone who buckles under pressure. But my background as both a high school and college athlete, plus years as a sportswriter, helped lend authenticity to the novel.

Nothing planned right now. “Choker” is my second book, following national-award winner “Out of Bounds.” I’m trying to build my brand as a YA sports author. 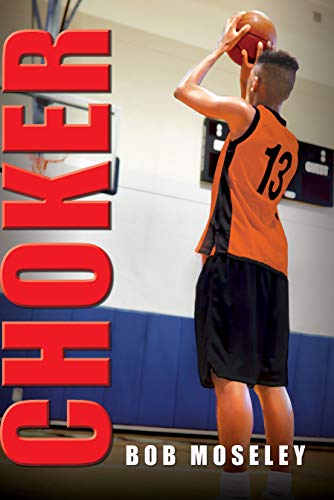 Be careful of what you wish for. Sixteen-year-old Mark Chamberlain always dreamed of playing in a state championship basketball game. But he never envisioned a nightmare performance that would bring utter humiliation and scar him as an outcast at school.

Classmates begin to call Mark “Wilt” Chamberlain because he melts under pressure.To top it off, Mark’s father won’t come to his games. When it feels as though the world is against him, with the support of a beautiful girl, Mark tries to summon the inner strength and courage to be different — just like legendary basketball star Wilt Chamberlain.