The Flying Fool is a thrilling fantasy adventure story following a ragtag group on an epic adventure in a highly imaginative world. What was the inspiration for the setup to your story?

Well when I first started writing “The Flying Fool” I wanted to write more of a pirate story. But when I wrote out the character of David, he didn’t seem like someone who would be a captain or in that type of role. I played around with the idea of him just being a crew member on a ship or a second mate, but as I kept writing and establishing more of the wider world in the book that changed aswell. I’m planning on making this a series, hopefully atleast, and I’ve seen this book as a prequel to the main story. It introduces the world just enough for readers to get hooked on, as well as recurring characters that will feature in later books and the main villain of the whole series as well. That’s how my whole thinking process went and how I settled on the setup

Your characters were intriguing and something I enjoyed about this novel. What were some driving ideals behind your character’s development?

Thank you very much! For David, the main character, I’ve tried to make him a scoundrel, a lovable scamp. A Han Solo, if you will. I wanted the readers to keep guessing whether he would have a gold heart or whether he was rotten to the core. I concentrated on his psychology and outlook as a way to get readers, maybe not fully support or get behind him, but for them to understand him.

A second character I would like to mention would be Francesca. I wanted both her and David to have similar backstories, where something tragic happen, but for her to have a completely different outlook. I wanted to show her as a positive person who likes to see the best in people. Maybe even naïve, to a fault. As a counterpoint to David’s more pragmatic, or even pessimistic, view of life.

Other characters we get to know mostly on a surface level, as most of the book is seen through David’s perspective. For most of the story he only sees his own security and safety as paramount, inline with that he only trusts himself. To portray that I only gave the readers information that David would have, on certain characters as he would see getting close to other characters as a liability.

I wanted to show how previous experiences and childhood can shape a person. How similar experiences can birth different outlooks, and finally to show the importance of bonds and what lack of any can do to a person when he’s going through hardship.

I’m actually working on a few projects currently! Whether all off them will see the light remains debatable and progress isn’t the fastest as I have a day job aswell but I’m slowly working at all of them! 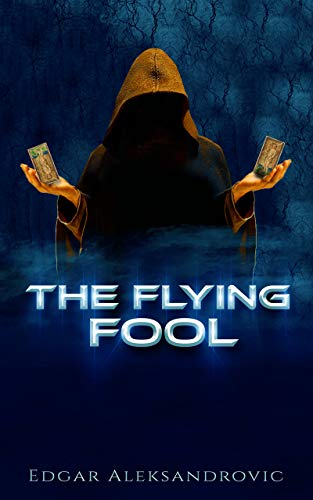