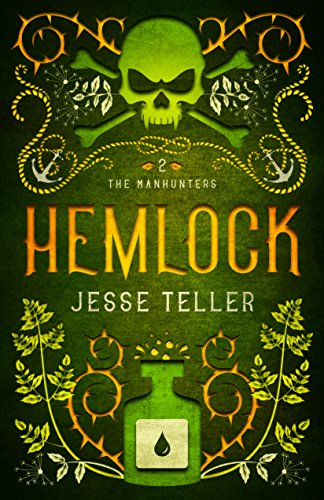 The Melding of Geology and Fantasy

The Monster talks about The Windkeeper with author, Emily Schroeder. We discuss how her passion for geology, fantasy, and art all came together in one book.

The magic in The Windkeeper gracefully combines chemistry, geology and fantasy in a way that feels natural. What was your approach on this staple of fantasy novels?
I actually majored in geology in college. The more I studied the natural processes of this crazy earth, the more I realized science almost had a magic of its own without me adding anything to it. I thought it would be amazing if we could tap into that magic. The melding of geology and fantasy felt quite natural to me, almost as if it were meant to be. I wanted to create a world that would engage readers, get them excited, and at the same time teach them a little about the world of geology and the rocks I love so much—in a fun way of course!

The cover for this book is interesting. How did you create the cover for The Windkeeper?
Aside from writing, another hobby of mine is painting. I did the cover with watercolor paint, which is my medium of choice. As for the content, I wanted my book to look as magical and inspiring on the outside as it felt on the inside. Hopefully that is the case! When I buy a book (which happens frequently), a big selling point for me is a beautiful cover. Needless to say, I am saddened by the barren covers of currently popular books. There’s almost no detailed artwork anymore. I wanted The Windkeeper to be on a level with some of my favorite old fantasy novels (which all happen to have gorgeous covers). Maybe it’s a dated thing to do, but it makes me happy!

Where did the idea for this book come from and how did it develop while writing the story?
The whole idea for this book is based around two things: the marlen, and the notion that science is magic. I decided elemental magic was the best base to use for the magic system, seeing as it’s the closest to nature already. I already talked a bit about the magic in the previous questions, so I’ll focus on the marlen here. It all started when I was brainstorming for a series of paintings that mixed different dog breeds with different birds. Those paintings, and many others, can be found on my blog. Then I thought about what the ancestors of those canine-avian creatures would be, and essentially came up with the marlen (for those who haven’t read the book, marlens are part wolf, part raptor). This series was actually written with a time leap in mind, where the stories from the beginning books become the legends for characters in future books.

Then, essentially, I began weaving the story around the focal point of the marlen. They are in hiding. Why? Why is it crucial to get them back? It all kind of fell together of its own accord. That’s how a lot of the book unfolded, honestly. I was just as surprised as everyone else when an ebony tower sprang out of a frozen wasteland! A lot of times I felt like the story was telling itself and I was merely recording what it wanted to say.

Morgan is a woman with strength and grit. What do you think makes her a valuable and worthy heroine?
Morgan is a spirited girl who holds fast to her ideals of freedom and love. I think most people can, or at least want to, relate to someone like that. She starts out as a typical, slightly immature teenager who doesn’t exactly know who she is going to be yet, but is suddenly thrust into a situation that demands unwavering dedication. She is in a unique situation because she is still mostly a child, but is now given a responsibility even an adult might shy from. How she handles that, I think, is what makes her a truly worthy heroine. Over the course of the book, Morgan has to face several confrontations that test her maturity and integrity. She handles each situation with a mixture of childish boldness and adult logic. This utilization of different levels of maturity is often why she is able to succeed where others might fail because of holding back for one reason or another. She grows as the book progresses, and at the end, her experiences have shaped her into a strong young woman. However, she still always has room for more growth, as do we all.

The Kingdom of Galgeath has declared war! King Adonyss and Roden know there is only one option to save the land they love. That option involves a young girl named Morgan who is destined to fulfill a prophecy. Everyone is concerned, however, because they don’t believe she is old enough. They hoped for a few more years at least. With war looming at their borders they have no choice and are forced to move much earlier than anticipated.

Roden stole Morgan from Galgeath when she was just a baby and has had her hidden away in order to protect her from the world as she grew up. She has been carefully sheltered, and denied access to the world of magic as much as possible to prevent her from accidentally stumbling upon her true powers and attracting attention. Now Roden is faced with a serious task. He must retrieve the girl and quickly teach her all he knows of magic while helping her harness her skills so they can begin their quest to fulfill the prophecy.

Their adventures take them to many places, including a frozen wasteland, the lair of a dragon, the hidden home of the long lost Marlens, and the King’s castle. Throughout it all, Morgan is trying to navigate her new found powers and the complicated world of men and romance while also learning to face her feelings of abandonment and loss over being an orphan.

Whenever a storyline is driven by a prophecy, the ending is already foretold, which leaves the author, Emily Schroeder, with the challenge of keeping the reader guessing. The author of The Windkeeper does an excellent job of this. Even though the end is foretold, the way Morgan goes about fulfilling it keeps you turning the page. There are enough plot twists to keep the reader on their toes. Also, although you know she will fulfill the prophecy, you really don’t know for sure whose side she will be on until she decides, officially, and for herself.

Morgan is a woman with strength and grit, making her a valuable and worthy heroine. She loves and respects all the creatures she comes across, and she says what she thinks without mincing words. She is a girl who deserves to be prophesied about and she becomes a woman who deserves to be a legend.

I would certainly recommend this book to other readers and I am eager to see what other work this author has in store. The novel was well written, and the characters were all well rounded, even those who played a minor part. The novel was full of emotional ups and downs and action packed adventure. Everything you would want in a novel of this genre and more.

If you like to read about mythical creatures and magical adventures, and you love a story with a good hearted and strong female lead than this is the story for you. I really hope the author writes a sequel!