”Fate’s Final Destiny” is an epic story of two life-long friends who fall in love, only to have fate tear them apart. Set during the Great Depression and the Dust Bowl, the story begins in Goodwell, Oklahoma. Caught up in the tidal wave of world events, they find themselves beginning new and separate lives. Never fully understanding the reasons for their separation, they find it difficult to move on. As they and their families are experiencing the life-changing events of Pearl Harbor and the war in the Pacific, these members of the Greatest Generation find themselves swept up by both current and future events. Whether it be the life-or-death decisions made on the battlefield or aboard a navy hospital ship, fate affects both their lives. As the two star-crossed lovers become entangled in the major events that shaped our nation’s destiny, readers will be able to go along with them on their journey through one of the most interesting periods of American History.

Goods & Effects by Al Schnupp is a heartwarming story about a Mennonite woman in the 60’s named Hannah Mercer who’s trying to find her way in the world after the passing of her family. To help her gain independence and explore the world around her, she opens up a little shop on wheels called Hannah’s Goods & Effects. Along the way, we watch her grow into herself and face backlash from the town deacon because she has decided to march to the beat of her own gigantic drum. This inspiring story left me craving more in the best way possible!

Schnupp is a master at conveying real human emotions. Hannah and the side characters in this story felt realistic and fully-fledged. That comment is typically hard to give for books of this length. We received enough backstory about our protagonist without drowning in useless information. In a matter of 174 pages, our author managed to bring his characters to life and execute it beautifully. Further speaking on the character development, I appreciated Schnupp’s ability to write a female main character without her seeming like a mystical fantasy. That is a rare accomplishment from modern male authors. I also wanted to share my appreciation for diverse representation, especially for the time period the story takes place. We read about characters from different races as well as different abilities. Darla was an absolute treat to read about! This review wouldn’t be complete without mentioning the stunning writing and language used throughout the novel. It is simple yet carefully crafted. I felt that Schnupp spent a great deal of time choosing how to depict the story through language alone. Despite the simplicity, there was never a dull moment in the story. I was always waiting to see what Hannah would do next! Although parts of the story were sad, it was predominantly heartwarming.

Goods & Effects is a fantastic fall read, and I can’t wait to read it again in the future. If you get the chance, I highly recommend picking this book up, curling up on the couch, and sipping a mug of your favorite warm drink. You will fly through it, and it’s the best way to consume this story.

In the Realm of Ash and Sorrow

In the Realm of Ash and Sorrow was a unique historical fiction novel colored with themes of guilt, sorrow and suffering over all that had been lost. Although this was a very emotional novel, it wasn’t all negative emotions, it also had happiness, romance, and a (possible) love like no other, mixed in with some supernatural elements and fantastical hints of history. The story caught my attention in the first couple of pages, remaining consistently entertaining throughout with only rare moments that seemed to slow a bit due to necessary exposition. The detail throughout the book is absorbing and really pulls you into 1940’s Japan. When it came time for the atomic bomb to drop I could see the horror surrounding Micha as he searched for Kyomi, the burning bodies that he came across and the fear that he would never find her or Ai. I could visualize most every scene, which is something I truly appreciated in a novel that covered such a cataclysmic event that reshaped human history.

While Kyomi’s character was interesting I wanted to see more of her personality. Her character seemed monotone at first, but after awhile her character began to grow on me just as she developed in the novel. I liked Micah from the first page, I’m not sure if that’s because he was the first character introduced to me or because I could empathize with him, perhaps it’s because I felt bad for him after the plane crashed. I liked Ai’s character from the beginning as well, children are always fun characters and Ai was no exception. The three of them together made for a great read with interesting interactions and I liked some of the other spirits that they came across along their travels.

Something that made me enjoy the book even more was how the author used the actual terms used by the Japanese such as calling the military Kempeitai instead of using one of our military terms like Army, Navy, Coast Guard, etc. This happens frequently throughout the book which showed me that the author did thorough research for this book and it also helped me learn a few terms. This is an example of the authors dedication to historical detail in this book. Something that I praise the author for is the way that this novel helps you see different points of view from the American and Japanese sides in World War 2. It is also an exploration of Japanese culture at an interesting time in their history. It covers how the Japanese lived, their culture, their work, routines, the hardships they face and much more. I really loved having bits of history weaved into the pages and the way it gave me a new insight. History and fiction meld seamlessly in this novel to deliver a captivating story. 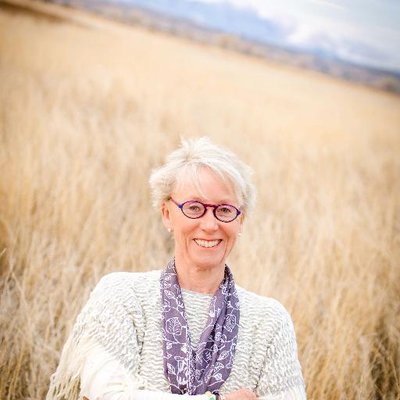 My Name Is Saul follows the life of the apostle Paul and expands his character. What was the inspiration that motivated you to write this compelling story?

I had planned to return to my Lindsey McCall mystery series after publishing, I, Claudia A Novel of the Ancient World, but then Saul-quite literally- showed up in my head.

Saul of Tarsus is an intriguing and well developed character. What were some themes that guided his character development?

It took me a while to recover from the implanted idea of writing a book about the Apostle of the Apostles. I wrote this in the afterword of the book: Upon completing my last novel, I was stunned to “hear” that my next book would be about St. Paul … Apostle of the Apostles. On more than one occasion, I complained to my husband that this was one of the most foolhardy efforts I had ever taken on. I could only console myself with the fact that it was not my idea but Someone Else’s. As I sat reeling from the implanted idea and began to research Saul of Tarsus, I grew more and more enthusiastic …excited, even. Perhaps I could penetrate the obscurity with which the early life of St. Paul is shrouded. How could I manage such a task? Because, as I continued to study, search, think, I realized that Saul of Tarsus is a man I get. Get as in, AHA! I know what certainty tastes like, and Saul of Tarsus was a man of certainty.

I enjoyed the well researched content in this book. What kind of research did you undertake to ensure the books accuracy?

In two words, a lot. But very quickly I realized that no one knew about the early life of Saul other than the barest of details. Most scholars did not even attempt to guess. That left me a vast open field of conjecture. There were a few books which were enormously helpful, particularly on the prayers of the time, Gamaliel and the Sanhedrin. I reference those at the end of the book. 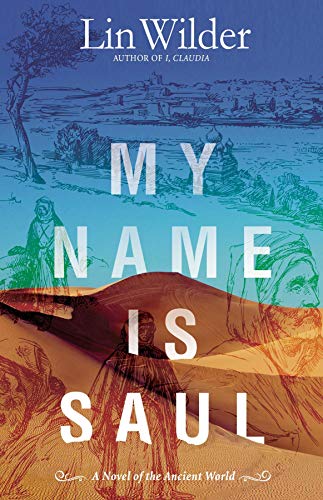 St. Paul the Apostle is a towering biblical figure, but almost nothing is known about his early life as Saul of Tarsus.

As death loomed over him at Mamertine Prison in Rome, under the watchful eye of his jailer and final follower Aurelius, he wrote:

I will die tomorrow. In the morning, around sunrise.

There are two things for which I am eminently grateful: That I have been permitted to have fought the good fight and finished the race marked out for me; and that I will not have to endure another winter in this place.

Starting from that pivotal moment, blending historical fact with audacious creativity, the author of the award-winning I, Claudia propels us back through the life of the man who would become St. Paul. Her vividly imagined, well-founded tale of loss, transformation, and divine intervention will captivate believers and non-believers alike who yearn for the human truth and drama behind the scriptures.