Some Call it Speculative Fiction

Patch Man follows two prophesized characters on a quest to end a deadly war between two countries. What were some sources that informed this novel’s development?

I’ve always been a fan of novels such as Dune by Frank Herbert and Lord of the Rings by JRR Tolkien where prophesy or magical evocation guide or misguide the reader through the story. The idea that a religion or religious book could foretell the future is, for me, as probable as it is accurate in describing the past. For Summians, the prophesy is a ray of hope in an otherwise dismal battle to save their homeland against Imperial forces. When someone has the thin thread of hope to cling to, even a gloomy present can make things bearable.

Patch Man has magical patches that allow him to heal the sick and open portals, among other things. How did this idea start and develop while writing?

Patch Man originally was intended to be a short story where the first chapter was the entire piece. I read it to my critique group and they said, “This isn’t a short story. This is a novel.” I had never read of a magical ability of patching before, so when the idea of patching wheels or reattaching arms popped into my head, I thought this could make an interesting short story. But critiques by other writers encouraged me to expand upon the idea and make it into a novel. By the end of the first few chapters I not only had Var (the patch man) patching things, but also reversing them to expand holes or bring a small child back to life. Once I introduced Var’s wife, Zefa, I needed a connection between the two of them for the creation and use of patches. It made sense because these two people were so connected with each other they would also be connected in the creation of the magic. So Zefa created the patches and Var was able to use them. How they came by this ability is revealed in the story and I don’t want to give that away here.

The book seamlessly blends fantasy, science fiction, and urban fantasy. Was this intentional or an organic growth of the novel?

As I said, I’ve been a fan of science fiction and fantasy since I was a kid reading DC Comics, but true science fiction like that of Isaac Asimov or David Brin contains a strong science background, one I really don’t have. I’ve looked into brain research and applied it in my classroom, so I utilized some of that in the novel, especially with Ulan and Kerash, the Lore Mistresses. However, I needed to use the patch man’s magic ability to do things science would not allow me to do, so I had to create a hybrid science fiction/fantasy novel, or, as some call it speculative fiction. The idea that technology is fading in Summia and magic is becoming a force is the meeting ground between the two genres. So I guess the answer to your question of whether this was intentional or not is yes, it was quite intentional.

This is book one in the Patch Man series. What can readers expect in the rest of the series?

I am currently writing book six in the series, so I’ve done quite a bit of exploration into the series already. Book two, The Battle for Summia, and book three, The Battle for Imperiana have already been published and The Battle for Summia has been reviewed by LiteraryTitan. That said, book two leaps ahead seven years and Summia is on the verge of extinction. In a desperate effort to save his country and people Var suggests finding allies to help them in the war against Imperiana. Using the portals, they recruit from other domains for a last ditch battle against Imperial troops. The conclusion of the war occurs in book three. I’ve also written the backstory of a couple of characters from the series. Icarian tells the backstory of Ka, the half-raptor, half-human character who plays a leading role in Patch Man. Ulan has been written but isn’t out yet. It tells the backstory of Ulan, the assassin. Finally, in book five, Doppelganger, Ten, Meesha and Ulan encounter their opposites in a parallel world. 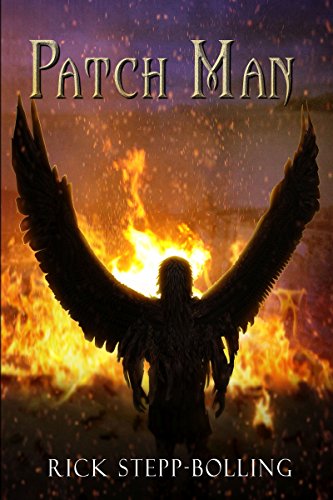