Decoding the Holy Grail introduces the “Potential Molecule” and presents a unified “Theory of Everything” that highlights the connections between science, philosophy, civilization and religion. How did this idea begin and change as you developed it?

My search for the truth started it all—the real truth, not mine. After several mystical events occurred in my life, I directed myself to ancient sites and sacred scriptures…there was a math, geometry that was evident to me. Eventually a geneticist contacted me and told me the science I was uncovering was related to his work in biological cellular development. We determined the scriptures, including factors such as the Holy Grail, held this unknown secret knowledge of creation…over the years I came to see that this process was directly connected to thinking and behavioral patterns, and that the geometry of this process defined a cell itself: one that was not yet visible to science but has all the potential of reality within it—hence, the Potential Molecule.

I felt like there is a great deal to be gained by reading your book. What do you hope is one thing readers take away from your book?

Why was this an important book for you to write?

The importance of the book was first to uncover the hidden meaning behind the Holy Grail and other mysteries. Additionally, I wanted to prove and display that the human psyche has so much greater power and control than people ordinarily believe, that there is a much deeper meaning to life.

Do you plan to write more books on this same subject? Or do you have other topics you would like to write about?

I have follow up plans for the book…actual examples and scientific studies of the Potential Molecule at work in people’s lives. I am also developing a computer model which dictates where, when and how space portals function.

Decoding the Holy Grail…and the Discovery of the Potential Molecule 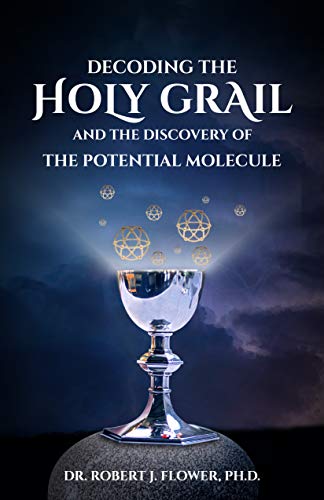 Decoding the Holy Grail is the book that you need to read to understand life, its simplicities, complexities, and everything in between. Author Robert J. Flower PhD talks about the Theory of Everything and what consists of life. The book is filled with complex jargon, but the author modestly explains every term that may be unfamiliar to all readers. Reading this book will make you interested in science, nature, life religion, philosophy, mysticism, and spirituality among other subjects.

Robert J. Flower PhD is asks engaging questions in between the narration and answers them to the perfect understanding of the reader. I like that the author does not seem biased when talking about any topic. He writes freely and objectively. His content is neutral and does not force the reader to believe in whichever theory he is writing about. Apart from the neutrality displayed in the book, the author also writes from an informed point of view. Everything he writes about is backed by statistics and life’s experiences. The author’s way of explaining new concepts was another favorite feature in the book. The author introduces the reader to a familiar topic or idea and gradually goes deep as he explains intricate concepts.

One of my favorite discussions in the book was about the dogma of potentialism. The author demonstrates how crucial potential is in the universe and the correlation between natural intelligence and individual potential. The author defines potential as the possibility of realities. He goes further and expounds on the topic, giving examples of how potential should work and how elusive it can be to individuals despite it being everywhere. Another favorite topic was about connecting nature to potential. In this section, the author aptly discusses crystals as basic structures of potential and versatile conveyers of energy. One of the best illustrations and explanations in this book was under this chapter where the author explained the molecular structure of quartz.

The content is enlightening, and the author has thought-provoking answers to all questions be it religion, nature, science, or molecular energy. Decoding the Holy Grail is easy to read and understand. Anyone who wants to deeply understand life and all its elements should read this book.