She Finds Herself Immersed

Eden is an intriguing and well developed character. What were some obstacles you felt were important to her character development?

In Fly by Night, Eden experiences a range of situations and emotions that she has not had to deal with on the job before. She’s challenged throughout the book in ways that neither she nor the reader could have anticipated from the events of the first chapter. In the first two books in the series, she had to overcome any number of physical challenges while, in book three, she’s challenged both emotionally and intellectually. She certainly rises to the occasion and shows how creative she can be, too.

I appreciated how the novel flowed from action to culture and a bit of history. What were some themes you wanted to focus on in this book?

Just as Michelle is not a one-dimentional character, the locations, cultures, and events in which she finds herself immersed are interrelated and influenced by both her and each other. It’s important, not just for Michelle but for all of us, to understand where we’ve been since it has such a significant impact on where we’re going. In Fly by Night, I wanted to weave elements of the locales and people Michelle interacts with into the fabric of the story since it provides insight into the actions, reactions, attitudes, and sensitivities of the characters Michelle relies on, interacts with, goes up against, and/or has to rely on.

This is book three in your Michelle Reagan series. What can readers expect in book four?

Well, I can tell you this much: Book # 4 in the Michelle Reagan series starts out with a bang! Readers of the eBook version of Fly by Night can get a jump on the action and read the first chapter of Book # 4 as a special feature at the end of the eBook. In the next book, called Sargon the Third, Michelle criss-crosses Europe and the Middle East to find and stop an up-and-coming terrorist leader. Without giving away any spoilers, I can say that things get sexy, things get dangerous, and nothing ever goes as planned. In the end, readers will be choking back their own emotions as they flip pages as fast as they can to see how it all ends! 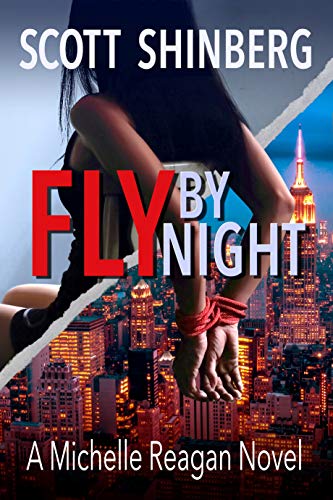 As The Story Unfolds 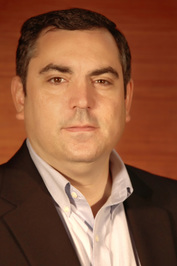 Confessions of Eden is a thrilling espionage novel that follows Eden as she tries to balance her high stakes job with her personal life. What was the inspiration for the setup to this exciting novel?

The writing bug bit me rather suddenly a few years ago while I was driving along Interstate 95, south of Washington, DC. I realized in that moment that I wanted my readers to get to know Michelle Reagan and to like her as much as I did. That rather simple thought led me down the complex path of shepherding her story from ethereal concept to a series of novels. I can only hope I’ve translated her essence onto paper well enough for readers to appreciate her complexity, empathize with her about the difficulty of the personal and professional decisions she has to make, and understand how it changes her over time.

Throughout the process of writing Confessions of Eden, it was Michelle who told me what to put down on paper and what to leave out! I just saluted smartly, and said, “Yes, ma’am!”

I’m glad you enjoyed it! This book is a blend of places I’ve been, people I’ve worked with, and my own experiences in the field. They say you can only write what you know, so that’s what I did. I wanted to tell the story of Michelle’s journey and her struggles so readers can get to know this strong, brave, loving woman who’s unlike anyone they’ve met before. She faces intractable decisions and as the story unfolds, she reacts to the stresses of her life differently as she gains more experience on her team. The situations in which she finds herself force her to develop and mature, both personally and professionally, right before the readers’ eyes.

In your career you’ve worked with the FBI, DHS, and other government agencies. How has your experienced helped you write this novel?

I’ve worked in the Intelligence Community for most of the past thirty years. I’ve held a number of great positions from the field to management. I’ve had the opportunity to do everything from international nuclear treaty verification to running sources into foreign countries to seeing coworkers get burned by a double agent. This is a career field in which you experience a lot of highs and lows over time and has given me a lot of the seeds for elements of Michelle’s many adventures.

Over the past few decades, I’ve traveled frequently for both work and pleasure. Michelle Reagan’s story—her life, if you will—occurs in many of those locales and has been percolating through my mind for the past few years as a result of the things I’ve seen and done.

Michelle Reagan returns this fall in Directive One. The description for that book is already up on my website at http://www.ScottShinberg.com, where people can also subscribe to my newsletter. Those who do will be the first to hear of each future book’s release schedule. In the next book, the Director of the CIA is kidnapped, so Michelle and a team of Navy SEALs are sent to rescue him. I hope your readers will be able to read your review of it on Literary Titan later this year.

Michelle Reagan–code name Eden–is the CIA Special Activities Division’s newest covert action operator, an assassin, who struggles between wanting to succeed in her new profession for herself and her charismatic boss, and the moral quandaries of what she must do to innocent people who are simply in the wrong place at the wrong time. Although she faces seemingly intractable decisions as she executes her missions across the globe, the adversary most difficult to overcome may very well be her own conscience.

Through it all, only one man has ever called her an ‘assassin’ to her face. Someday, if she has her way, she’ll marry him–if she lives that long. 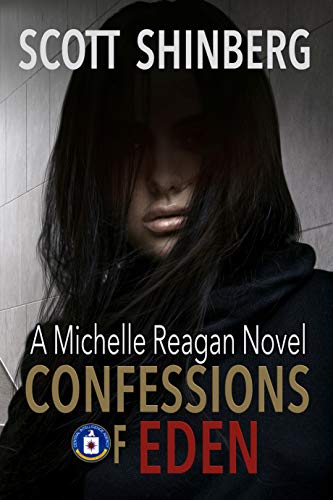 Michelle Reagan, alias Eden, is a CIA covert operator who conducts secret missions all over the world, and does what only a few can: take away someone’s life without getting caught. But having an undercover profession like this is not easy. Michelle works hard to be successful and gain the recognition of her boss and colleagues while trying to maintain a personal life and relationship. Every day, Michelle has to live with a burden, the moral consequences of killing innocent people. But can she handle it without going insane? And can she succeed and stay alive in this dangerous, male-dominated career?

The Confessions of Eden by Scott Shinberg is by far the best espionage thriller I have read this year: rich in action, danger, and unexpected turns. The plot is made up of Michelle’s reminiscences. This novel serves as her memoir in which she tells her story. The missions mentioned in the book are gripping and adventurous and filled with dangerous events. I liked the way the short stories and the descriptions of the missions came after each other and, despite the time gaps, there was no break in the story line, everything just falls into place to create a bigger story.

Michelle Reagan is an ambitious, hard-working agent, or assassin, who grows more confident as the story progresses. At first, she suffers from the psychological consequences of killing someone whose only fault is to be at the wrong place at the wrong time, but then, as her character develops and transforms from Michelle into Eden, she learns how to handle it. Her boss Michael and her two colleagues play an important role in Michelle’s life, and I appreciated how they supported her character development and I felt like they bring out another dimension to her character which really rounds her out. Because Michelle’s private life is built upon lies, she has difficulties finding and keeping a partner without getting exposed. This contrast between personal and private lives is something that I found intriguing and well balanced in this book.

Scott Shinberg is a talented author who can make you feel like you are in the middle of a CIA office with undercover agents. He catches the reader’s attention with the very first sentence and holds it right to the end. I look forward to reading the next Michelle Reagan novel.