The Mirror Without Reflection follows Sofia as she struggles to escape an abusive relationship while losing her reflection. What was the inspiration for the setup to this thrilling story?

I have a particular interest in motivational speakers and inspirational content. In particular I was interested in self value and the impact it has on interpersonal relationships.

In my study of the interpersonal relationships of the individual with the narcissistic personality disorder I found the dynamic of one individual gaining power through the devaluation of another. Thus the abused would lose themselves and their ‘new’ identity could only be painfully defined by their abuser. The other devastating dynamic to these relationships was that the abuser and the abused were drawn to eachother like a magnet. The only antidote being that the abused was to find themselves and to love the person they found. This was the fuel I used to craft Sofia’s story. I wanted to see her gain that inner strength that would ultimately lead to her freedom.

Sofia is an interesting and well developed character. What were some driving ideals behind her character development?

I wanted to develop a character who was strong internally but with flaws that allowed the inexplicable disrespect of ones own boundaries. I wanted to show how childhood wounds have a major impact on ones overall development to adulthood and the ability to navigate relationships. I wanted to show how an independent, accomplished individual can make some of the most astounding misjudgments in life.

What were some themes you wanted to capture in the relationships that Sofia has with men?

Mainly an expert ability to ignore red flags because of an internal signal that tells her that she can’t manage on her own. This is a protective strategy that helps her to avoid rejection.

A desire to please in order to gain accceptance.

The opinion of these men is the one that matters the most.

At present I have taken a very short break from writing. I will resume to begin the sequel to The Mirror Without Reflection. Could Uche return to destroy Sofia’ happiness?

The are two other novels I have started outlines for and will be able to share on these in the future.

I am also working on some genealogy research for my family which will be documented shortly.

The Mirror Without Reflection 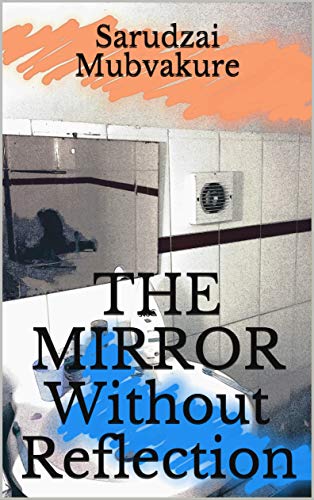 The Mirror Without Reflection by Sarudzai Mubvakure is a contemporary fiction story set primarily in England about Sofia Blackwell, a woman who meets a Nigerian man who she marries. Oche is a charming conman and Sofia allows herself to be deceived by him due to her low self-worth, ignoring the obvious signs of his true character. After many previous attempts, she finally finds the resolve necessary to break away from him and starts seeing a therapist, Dr. Michael Marshall, who is helping her work through her issues. Spending time together, Michael and Sofia develop feelings for each other. But when Oche reenters Sofia’s life again, will he pull her back into the same toxic cycle of belittlement and misery? Or can she escape for good this time?

This was an interesting story. I enjoyed reading about Michael and Sofia getting to know each other during her therapy sessions. I liked that Sofia helped Michael almost as much as he helped her. Helping Sofia find effective methods to cope and validating her feelings during her sessions gave him purpose once more and helped him to move beyond the grief of his wife’s passing. This put Michael and Sofia on a much more equal footing, eliminating some of the inherent power imbalance in a relationship between a therapist and patient. I was happy to see Sofia finally find her self worth, and I’m glad she ended up with a man who respected and admired her.

I preferred reading the sections where Sofia was describing events in her past to Michael, rather than the actual flashbacks. It was hard to read the scenes where she is being treated badly and allowing herself to be used time and time again, always making excuses for Oche and taking him back after unforgivable actions. I didn’t like that Sofia tolerated this treatment from Oche from the very beginning of their relationship because she didn’t want to be alone and she didn’t believe that anyone else would want her. I understand Sofia wanted to be loved, but that wasn’t love. Being alone should be preferable to accepting a toxic relationship that just made her feel even worse about herself. Even her relationships with friends seemed to follow a similar pattern because she didn’t value herself, and she missed the signs of a controlling nature in her new fiance. The Mirror Without Reflection made me feel all of these things about fictional characters! It was emotionally raw and I was enthralled by the story.