← At War With Chaos
More of a Mystery → 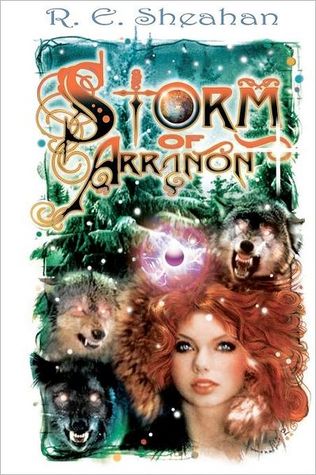 Storm of Arranon by Robynn Sheahan is a science-fiction fantasy saga of Erynn and her people. This book is a fictional self-journey. Erynn is not entirely who she thinks she is, and as a result, she goes on an epic adventure of self-discovery and acceptance. Along with her personal growth, she discovers another world within her world. Erynn then embarks on a journey with new friends filled with mystery, magic, and murder. Through this excursion from an omnipotent narrator, you are sucked into a unique, wonderful world and learn the intimate thoughts, wishes, and desires of everyone.

This book is astonishing. It is a thrilling ride filled with excitement from the beginning to the end. The opening line in the book grabbed my attention and made me want to continue. There is an air of mystery that also kept me hooked and wanting more. It was difficult for me to put the book down.

Sheahan also creates a refreshing book with a female lead. In most books, the man is rescuing the woman, but Erynn is a strong, independent women calling the shots and fighting her own battles. One part of this I did not like was that Sheahan compared the leading female to a man to show her strength, something I could have gone without. Another aspect was that she was small, which is also another trope with female lead characters. Otherwise, it strays pretty far away from the stereotypes of female leads.

The story is complex, interwoven with various plot devices. There is an entire world the author creates complete with a made-up language. Some of the words were not explained or given context, but you find out what they are or what they represent later. One writing style device I had issues with was the use of italics; there were some instances I was not sure why the author used them.

It is important to note that you must pay close attention to everything going on in the book. Something or someone you would deem as insignificant in most books turns out to be important. There is also a lot of action going on at the beginning of the book, and then throughout the rest of it, do not let that deter you. It may be overwhelming for some, but it is easy to keep track of and incredible. Storm of Arranon is a fascinating, fun read. Overall, the world Sheahan created is a wallop of a tale that fully immerses you.

I got to discover this novel world with Erynn as she discovered it, which left me with a feeling of wonderment. I highly recommend this book to others. I have also seen there are more books in the series, and I am looking forward to reading more about Erynn and her adventures with her friends.

← At War With Chaos
More of a Mystery →